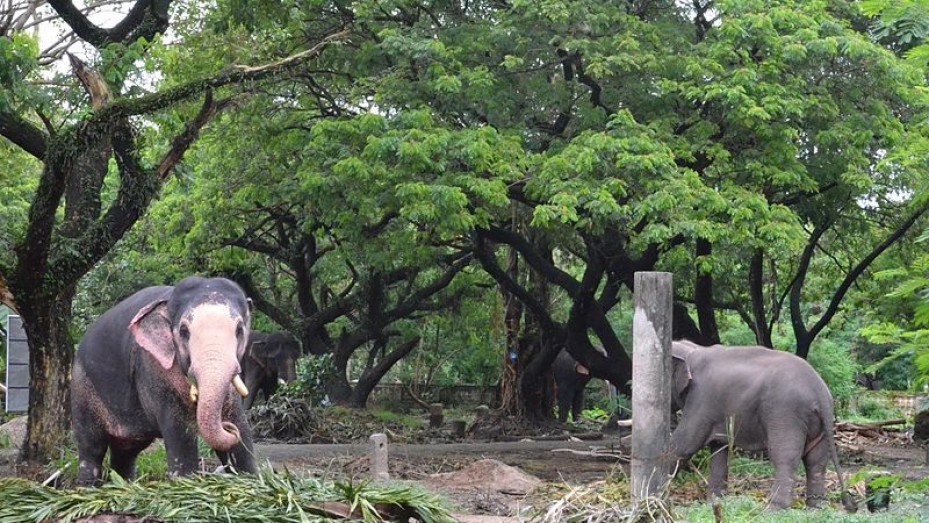 Guruvayur is a teeming town in Thrissur district. The place is considered the home of Lord Krishna, one of the reincarnations of Lord Vishnu. Guruvayur is another popular pilgrimage destination in Kerala.

The name Guruvayur is a combination of three words, ‘Guru’ that stands for the Guru Brihaspati, ‘Vayu’ comes from the ubiquitous Wind God and ‘Oor’ meaning land in Malayalam.

The place is named so following a myth. The story says Brihaspati found an idol of Lord Krishna at the beginning of the Kaliyug. The reverent Guru then consecrated the idol along with the Wind God, Vayu. Hence, the place came to be known as Guruvayur.

This idol of Lord Krishna at the Guruvayurappan Temple is one of the leading attractions of Guruvayur. The idol has four arms carrying the Conch, the Sudarshan Chakra, the Koumudaki and a lotus.

This temple is counted to be the fourth largest temple in India considering the influx of devotees per day. This temple is also known as ‘Bhooloka Vaikuntam’ which means ‘Abode of Lord Vishnu on Earth’.

Though non-Hindus were prohibited on entering the temple, people of other faith can still have a look at the temple from outside. There are many shops outside the compound of the Guruvayurappan Temple. These shops generally sell the conventional items required to perform “pooja” such as incense sticks, earthen lamps, coconut and flowers.

If you are shopping here, do not forget to haggle over the price; otherwise you will burn a hole in your pocket! Apart from these shops, you will find lots of hotels and lodges towards the east gate of this famed temple.

You can walk into these shops, hotel and lodges any time of the day and even late at night.

Tourist Places In And Around Guruvayur

Guruvayur has many other things to offer to a guest. The ISKON centre and the Mammiyur Mahadev Temple are worth paying a visit. Other famous temples that this busy town of Guruvayur houses are Parthasarathy Temple, Chamundeswari Temple, Chowalloor Shiva Temple, Harikanyaka Temple and Venkatachalapathy Temple.

Amidst all these temples, there stands the Palayur Church. This church is one of tourist hotspot in Guruvayur. The architecture design of the church is captivating. There is an Elephant Camp at Punnathur Kotta, and this place is another major attraction of Guruvayur. You can also hang around in the Chowallur Beach breathing the fresh air and enjoying the beautiful landscape.

Devaswom Museum is another place to visit when you are holidaying at Guruvayur. Institute of Mural Painting, an institute that offers courses in mural painting, aesthetics, sculpture and art, is also located here.

Guruvayur celebrates many festivals with much mirth and gaiety. Utsavam is a 10-day festival celebrated in the Hindu month Kumbha. Vishu is the first day of a New Year for the Keralites. Greeting the New Year in Guruvayur is believed to be auspicious.

Hence during mid-April, when Vishu is celebrated, thousands of devotees visit this place. Ashtami Rohini is another festival, that marks the birth of Lord Krishna, is conducted with devotion. It is also called Janmashtami.

Though the climate of Guruvayur is hot and dry throughout the year, it can be visited any time of the year. If you are keen to be a part of the many festive occasions celebrated here, the period starting from August to November is ideal for you. Otherwise, plan a trip in the winter season.

How To Reach Guruvayur

Guruvayur is well-connected with surrounding major cities via regular buses. The Kochi and Calicut Airports are closest airport to reach Guruvayur, at a distance of 87 km and 100 km, respectively. Many trains from major cities of India halt at the Guruvayur railway station.

Guruvayur is Famous for

How to Reach Guruvayur