Kodungallur – A Scenic Town Of Temples And History 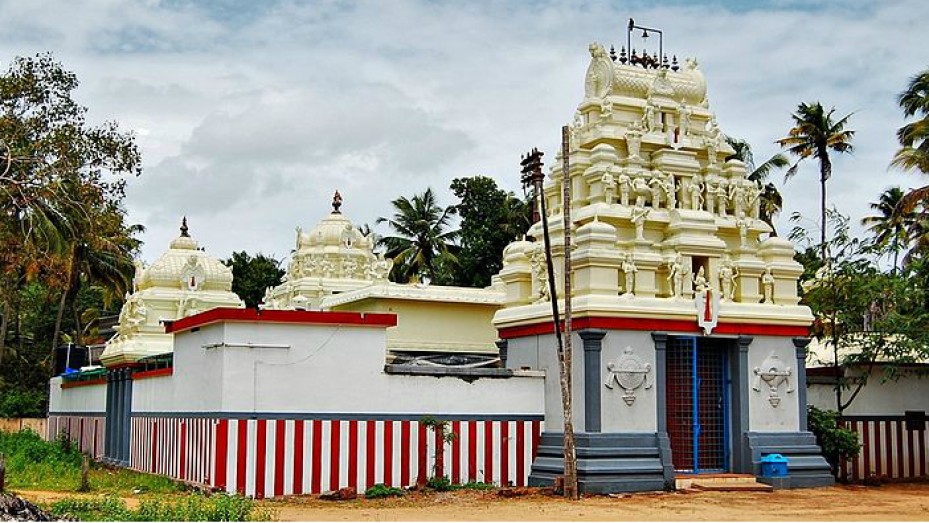 Kodungallur, a small town in Thrissur district, is located on the Malabar Coast. Best known for its harbor and the Goddess Bhagavathi Temple called as Kurumbakavu Temple, this town has a history that weaves centuries together. The historical importance of this small town rests on the fact that during the 7th century AD it served as the capital of the Cheraman Kings.

The proximity to sea made Kodungallur an important trade link in the Indian Ocean. According to modern historians, this town had commercial links with a number of Middle East counties such as Syria, Asia Minor and Egypt.

Tourist Places In And Around Kodungallur

For an ardent traveller the town offers a wide variety of sightseeing options. The name of Kodungallur is marked in the modern history of Kerala as the location for the well-known Bhagavathi Temple. Situated in the prime spot of the town, Kurumba Bhagavathi Temple (widely known as Kodungallur Bhagavathi Temple or Kurumbakavu Temple) has Goddess Bhadrakali as its presiding deity. Famed for Kodungallur Bharani and Thalappoli festivals, the temple attracts millions of devotees during the festival season.

Kaddipuram Beach at Kodungallur attracts beach lovers and watersports enthusiasts with its golden sandy shores and palm fringed coastlines. Ruins of Kottappuram Fort are yet another attraction that draws tourists.

A Potpourri Of Cultures And Religions

In contemporary times the town of Kodungallur satisfies both a traveller and a historian alike. People travel to this place primarily to get a glimpse of its beautiful coast, delve deep into the history and to do honors at various religious sites. Encircled by the Arabian Sea and Periyar River, this place caters to the enthusiasm of nature lovers as well.

From ancient times Kodungallur was popular among other countries as the chief exporter of many valuable spices. The major export item was pepper known in the name of Yavana Priya. The town, surrounded by backwaters and sea, thrives in an illustrious pre-historic past.

Kodungallur has an ancient port which was buzzing with maritime activities during the first century BC. The culture of Kodungallur owes much to its coast which acted as a doorway for various religions and faith such as Christianity, Judaism, Islam and others.

Kodungallur marked the advent of Christianity in Kerala, and it is believed that St. Thomas had landed here in AD 52 to spread the Gospel in India. This town is famed for the first Christian church built in India. Kodungallur has its share in the vibrant Islamic history of India as well. The Cheraman Juma Masjid which was built in 629 AD is considered the first Muslim worship center in India.

How To Reach Kodungallur

Situated at the heart of Kerala, Kodungallur enjoys commendable connectivity. It is located at almost equal distances from both Thrissur and Kochi and is connected from both the Southern and the Northern part of Kerala. What makes this town unique from other small towns of Kerala is its waterway. The West Coast Canal is an important navigable area in India with high tourism potential.

Like many other South Indian towns, Kodungallur also enjoys a tropical climate almost all parts of the year. The proximity of the coastal line gifts the town with a welcoming climate. With a throbbing history and myriad religious places, Kodungallur offers a unique and distinct experience to travellers.

Kodungallur is Famous for

How to Reach Kodungallur