Gujarat - The Land Of Many Legends 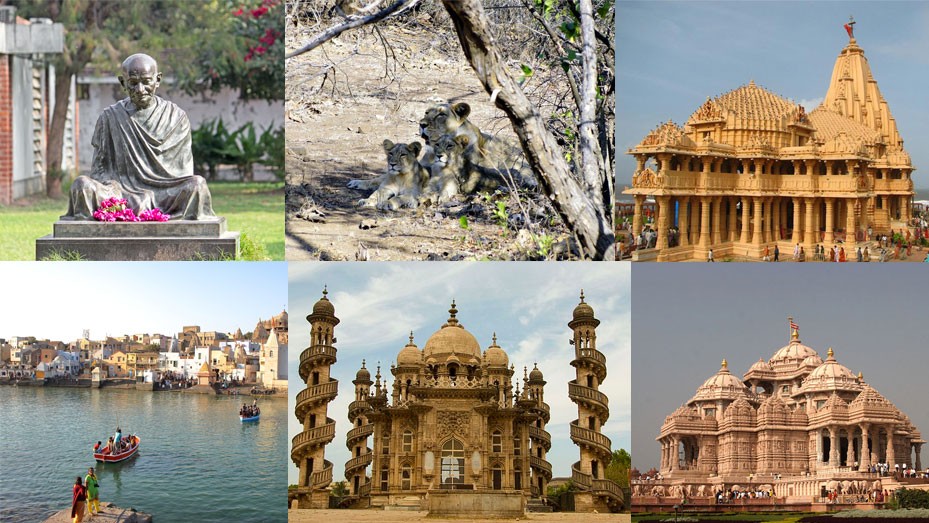 Gujarat is a state, in the western side of India, renowned for its topographical and cultural diversities. Being the cradle of Indus Valley Civilisation, Gujarat has always remained a prominent cultural and trade centre throughout the history of India. Our father of the nation, Mahatma Gandhi, also belonged to this state.

The geographical diversity of this state consists of the salt marshes of Kutch, the beaches and the mountains of Saputara and Girnar and offers a complete package to the tourists visiting Gujarat.

Gujarat consists of two regions; Kutch, at the north and Kathiawar at the south-west part of Gujarat. The Kathiawar region, also known as the Saurashtra, once consisted of 217 princely states during the British period. Architectural memories of this bygone past is an integral part of the tourist attractions of this region.

Also, the vibrant culture that can be found in the popular celebrations of Raas and Garba form the essence of the Gujarati culture.

Gujarat in its 26 districts, has the optimum variety any state can offer. Starting from the clean and pristine beaches of the Arabian Sea and the mountains of the Sahyadri Range, Aravalli Range and Satpura Range to the unique topographical phenomenon of Rann of Kutch, Gujarat offers a package of varieties that a tourist can hardly expect in any other place. Tithal–the black sand beach–Mandvi Beach, Chorwad-beach/" title="Chorwad Beach">Chorwad Beach, Ahmedpur Mandvi Beach, Somnath Beach, Porbandar Beach, Dwarka Beach–the list of beaches in Gujarat is endless and so are the pilgrimage centres. Places like Dwarka and Somnath are integral parts of our Indian mythology and religion, so are the Ambaji Temple and the Hindu and Jain Temples of the Girnar hills.

The national parks and wildlife sanctuaries of Gujarat support more than 40 species of animals, including the rare Asiatic lion, wild ass and blackbuck. Gir National Park, Vansda National Park, Velavadar Blackbuck National Park, Narayan Sarovar Wildlife Sanctuary, Thol Lake Bird Sanctuary and Kutch Bustard Sanctuary are some of the most important places that preserve the wildlife of the state.

One of India's economically and culturally wealthiest state, Gujarat is the storehouse of traditional handicrafts that is appreciated by tourists all over the world. The traditional garb of men which consists of the turban, pleated jackets with a high waist and long sleeves, trousers with baggy bottoms but tight drain pipe legs are the qualities that attract the attention of the tourists. The colourful ghagras and cholis, with intricate bead or glass mirror embroidery, are worthy additions to your collection. The Patola sarees of Patan are also worth collecting.

The main seasons of Gujarat are summer, monsoon and winter. It rains heavily during monsoon due to the proximity to the sea and the summer temperatures are quite high, making winter the most favourable season for a visit.

The main language in Gujarat is the standard Gujarati, other than which there are several dialects, like the Parsi Gujarati, Gamthi, Kathiawadi and languages, like Sindhi and Kutchi, that are widely used in Gujarat. Also due to the present wave of industrialisation, lots of immigrants from different states have landed up in Gujarat making Hindi and English some of the commonly conversed languages.

Every corner of Gujarat has something unique to offer and with the efforts of the present state government to spread awareness about the diversities of the state, Gujarat, today, has become a real sought-after destination.