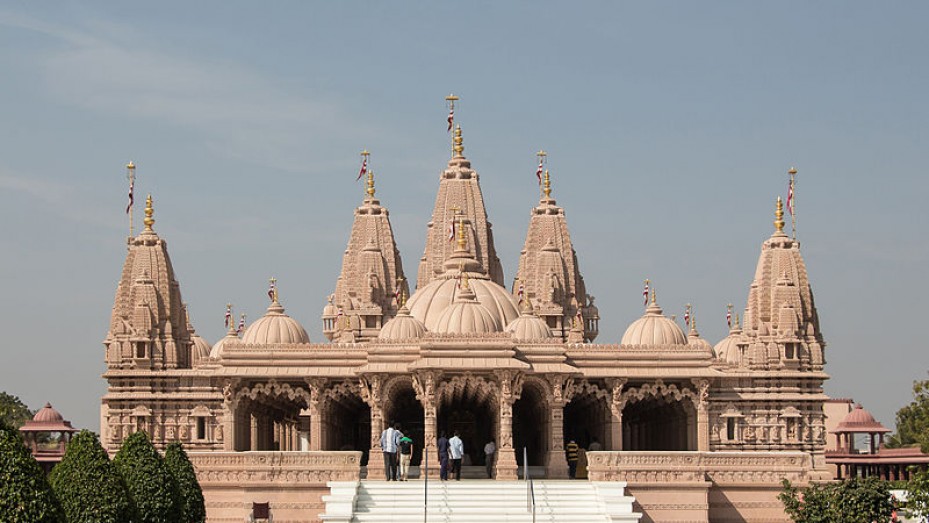 Bhavnagar has always been one of the important business centres of Gujarat mainly, dealing with cotton products. The city has also been famous for ocean trade, gems and silver jewellery business.

Bhavnagar was founded by Bhavsinhji Gohil in 1723. The Gohils had actually moved from Marwar and established their centre at a village called Vadva which is the present Bhavnagar city. The city of Bhavnagar was protected by a fort, and it functioned as a major port for almost two centuries connecting places like Africa, Mozambique, Zanzibar, Singapore and the Persian Gulf with India.

Due to different business endeavours of Bhavsinhji, the status of Bhavnagar changed from a small state into a significant place of importance. Like him, Bhavsinhji's successors also continued encouraging trade in a similar manner.

During the 19th century, the Bhavnagar State Railway was built, making Bhavnagar the first Indian state to build its own railway. Due to the modernization efforts taken by the administration, Bhavnagar gradually turned out to be the most advanced native state of Kathiawar.

The Maharajas of Bhavanagar remained very close to the British and were conferred honorary titles by them. The royal family became one of the most respected and reputable one.

Bhavnagar has always been a centre of education and culture for which it is also called the “Sanskari Kendra” of Gujarat. Renowned artists, writers and poets like Narsinh Mehta, Ganga Sati, Jhaverchand Meghani, Kavi Kant, Govardhan Tripathi and many others have contributed to this cultural legacy.

Bhavnagar is a coastal city located at Kathiawar, the Southern part of Gujarat and at the west of the Gulf of Khambat. It has an important port Gogha at the entrance of the Gulf.

The climate here is semi-arid with dry, hot summer and rainy monsoons. During winter the temperature is comparatively low, and this place is generally humid due to its closeness to the sea.

Tourist Places In And Around Bhavnagar

Historical monuments are present in this place like the Brahma Kund which is actually a well that was beautified during the time of Siddharaj Jaisinhji. The construction includes motifs and idols of deities and amazing stone works and carvings. Another building that deserves mentioning is the Nilambaugh Palace, the present home of the Maharaja.

The Takhteswar Temple named after its patron Takhtsinhji, the Palitana Jain Temples, the Gopinath Mahadev Temple, the Khodiyar Temple and the Ganga Devi Mandir are some religious places to visit in the city.

Piram bet is an island close to Gogha. There is a broken fort on this island and one can see many endangered species over here. This is the best place to experience the biodiversity of nature.

Bhavnagar, also known a Gohilwad, the land of the Gohils has always been the symbol of pride of the Gohils and still remains so. To experience the legacy of the Gohils, visiting Bhavnagar is worthwhile.

How To Reach Bhavnagar

Travellers planning a trip to Bhavnagar can reach the destination via air, rail and road.

Bhavnagar is Famous for

How to Reach Bhavnagar