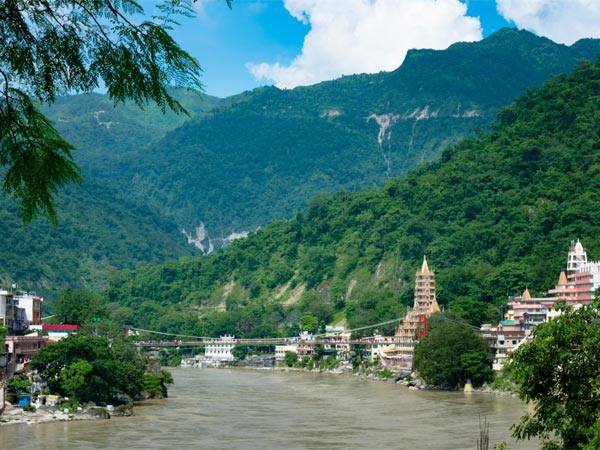 The hippie culture that rose to popularity in the 1960s, began as a counterculture, mainly in the UK and the USA. People who didn't abide by the norms of society and chose to appear as they wished, with long hair and vibrant clothes while accessorising with beads, came to be known as hippies. This culture was spread since they travelled throughout the world, living a free-spirited life.

Although we don't live in the 60s anymore, hippies exist till date. Since India is a country full of small, unexplored and quaint towns, they saw potential in certain regions and now these places have become famous for being home to hippies from all over the world.

Read about these 6 places in India, where you can experience the hippie culture.

The temple town of Karnataka, that has been recognised for the glorious group of monuments built by the royal Vijayanagara dynasty, is more than just a place of religious and historical significance. A small village near the Hampi river called Virupapur Gadde is a sought after destination by western backpackers, due to the laid-back aura of the place.

The village is about a 10 minute boat ride from the main town of Hampi. The locals sell various international cuisines due to the overpowering crowd of foreigners.

You must visit the temples and relics of the Vijayanagar Empire, such as the Virupaksha Temple, Hazara Rama Temple, etc. while you're here.
PC: Joseph Jayanth

Settled on the Parvati Valley of Himachal Pradesh, Kasol is a quaint little suburb that has attracted the attention of many hippies, particularly people of the Israeli origin. This is evident since many sign boards in Kasol are written in Hebrew.

The breathtaking view of the Himalayas, snow-clad in the winter, along with the gushing water of the river Parvati flowing beside the village, that is surrounded by lush greenery, together make Kasol a wonderful place to visit. Some of the places to visit around Kasol include Tosh village, Tirthan Valley, Kheer Ganga peak, etc.
PC: Himanshu Jain

The coastal town of Varkala is located in the southern most part of Kerala. You can try the delicious coastal cuisine while relaxing on the shores of Varkala Beach, surf through the waves or attempt to paraglide in Varkala.

With tall palm trees and very less human interference, Varkala has attracted many hippies from all over the world, where they just lay back and unwind. Since the town is relatively offbeat, it is a much cheaper vacation destination as well.
PC: Andreas Eldh

Talking about favourite destinations for hippies is simply incomplete without mentioning Goa. The state has been the most popular destination for foreign travellers ever since the 1960s and 70s. Now it is popular even among Indians, who mostly head to the state to party and have a good time.

Of all the beaches in Goa, Arambol Beach is particularly famous for those who just want to unwind and relax or party and have fun. Other places that can be visited in Goa include Bom Jesus Cathedral, Fort Aguada, Baga Beach, Candolim, to name a few.
PC: Vyacheslav Argenberg

Rishikesh is a popular site of pilgrimage, especially among Hindu devotees due to the temples galore. Apart from being a place of religious significance, Rishikesh is also famous for the many adventure activities, such as white water river rafting, kayaking, mountain biking, you name it!

But ever since the time of the classic rock band, The Beatles, Rishikesh has been recognised worldwide as a place of discovering spirituality. Naturally, it has been attracting thousands of hippies and foreigners ever since.
PC: Isabelle Kirsch

In the recent years, Gokarna has gained attention mainly due to the increasing popularity of the town's hippie culture. Formerly famous for being a temple town, Gokarna's clear, uninterfered and quaint beaches have changed its status and have attracted many foreigners to spend their vacation here.

You can relax on the clean white sands of the Paradise or Om Beach or take up water sports like paragliding, banana boat riding, etc. Visit the many temples, like Mahabaleshwara Temple and Maha Ganapathi Temple, to have a spiritual experience.
PC: ctrlw