12 Fairs And Festivals In December 2017 To Lookout For 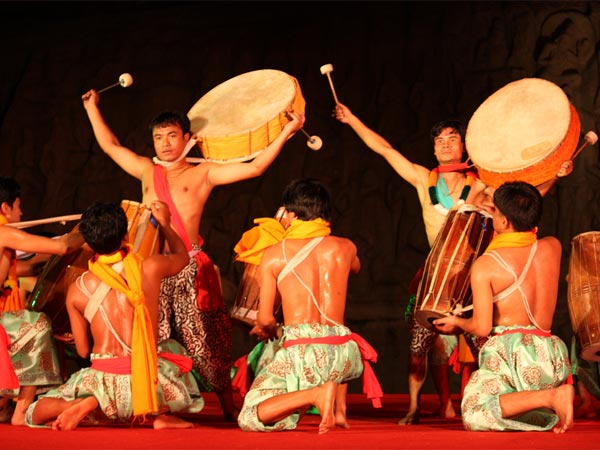 India celebrates innumerable festivals of dance, art and music that keep people excited and engaged. Now that December is here, a number of fairs and festivals are lined up to end the year with a bang. Here is the list of events that you need to lookout for this final month of 2017.

The sound of jingle bells, the sweater weather and a certain joy that only comes along with the month of December marks the grand festival of Christmas that is celebrated with utmost grandeur throughout the world.

In spite of the population of Christians in India being below 5%, Christmas is a grand festival celebrated on the 25th by everybody in the country. Christmas trees and Santa Claus can be seen on the streets of many major cities of India, such as Bangalore, Mumbai, etc.

Nagaland is a state that is home to several native tribes and in order to encourage and improve intertribal interactions, the government of Nagaland has been conducting the grand Hornbill Festival at Kohima, between December 1st to 10th annually. The festival includes vibrant local dance performances, displays of art, such as wood carvings and handicrafts along with food stalls serving the local cuisine.

Held at the infamous Konark Sun Temple of Odisha, the Konark Dance Festival is a 5-day long grand celebration of music, art and various dance forms of India that happens every year between 1st to 5th of December. It has been celebrated ever since 1986.

Numerous dance forms, such as Odissi, Bharatnatyam, Kathak, etc., can be witnessed being performed by respected dance artists of India.

The annual Kumbhalgarh Festival is a brilliant occasion to witness the rich art and culture of Rajasthan. It is a classical dance festival that takes place in the magnificent Kumbhalgarh Fort, where renowned artists put up the best of performances.

Folk dance, puppet shows and light and music shows are some events you may expect in this festival that takes place between 1st to 3rd December.

Cochin's environment is made of a fine blend of many different cultures that includes Portuguese, Dutch, Anglo Indian and of course, the culture of Kerala. To celebrate such a rich culture, Cochin Carnival takes place in the last week of December and goes on till 1st January.

Competitions, such as bike racing, kayaking, swimming, beach football, etc., are held during this carnival. The art and tradition of Cochin is promoted and historical structures, like Kochi Fort, are decorated.

The small town of Mamallapuram, which was formerly known as Mahabalipuram, is spread with rock carvings, stone sculptures, monolithic art etc. that make it a great tourist destination.

This town holds the Mamallapuram Dance Festival during the last week of December in order to showcase a wide range of classical and folk dance forms of India.

In an attempt to encourage tourism of Gujarat, the government holds the Rann Utsav, a 3-month festival that takes place between December to February. The greatest attraction of the festival is to spend a night under the full moon in the Rann of Kutch.

Sand art festivals are commonly celebrated all over the world; however, in India, it takes place in the Chandrabhaga Beach. It is located about 3 km from Konark and gives artists a chance to showcase their sand art talent, also win prizes since it is a competition. The festival happens between 1st to 5th December, which is around the same time as the Konark Dance Festival.

The Serendipity Arts Festival has been started recently in Goa, which puts together performing and culinary arts. It is a cultural festival where over 70 art projects will be showcased.

It takes place on the banks of river Mandovi in Panaji between 15th to 22nd December 2017. Photography, craft, music, theatre and dance are some of the many events people can take part in.

Karthigai Deepam is a Tamil festival of lights that falls between mid-November to mid-December every year. This year, the festival falls on December 2. During this festival, every house is lit with clay oil lamps, which is believed to rid the house of any evil force. It is also the festival where sisters pray for the well-being of their brothers, much like the festival of Raksha Bandhan.

Poush Mela is celebrated in Santiniketan, West Bengal, to mark the season of harvest. It also commemorates the founding of the Santiniketan institution. It is a fair that goes on for 3 days during which live performances, such as Bengali folk dance and music, are performed by the locals. This year, Poush Mela is taking place between 22nd to 26th December.

Magnetic Fields Festival is a music festival that takes place in the regal Alsisar Mahal of Rajasthan. It is a 3-day-long festival where the fun never stops! The festival has both national as well as international artists lined up, playing various genres of music. It is happening between 15th to 17th December this year. You can expect artists like Sanjeeta Bhattacharya, The Latination, etc.

Comments
Read more about: festivals india travel rajasthan goa tamil nadu odisha
Other articles published on Nov 6, 2017
We use cookies to ensure that we give you the best experience on our website. This includes cookies from third party social media websites and ad networks. Such third party cookies may track your use on Nativeplanet sites for better rendering. Our partners use cookies to ensure we show you advertising that is relevant to you. If you continue without changing your settings, we'll assume that you are happy to receive all cookies on Nativeplanet website. However, you can change your cookie settings at any time. Learn more
Change Settings Continue