Odisha – The Soul Of India 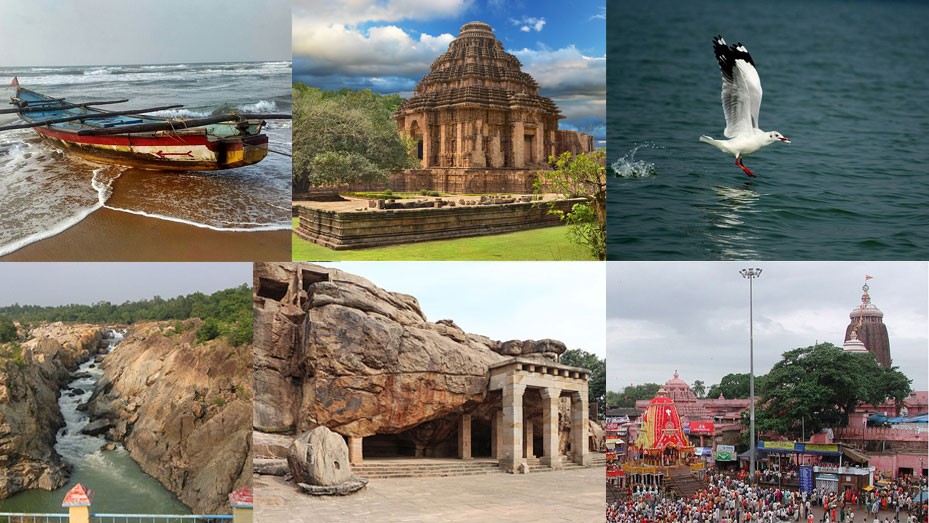 There are very few places in India that are unique in their culture and heritage. The state of Odisha is one of them. With its rich tradition and immense natural wealth, Odisha, earlier known as Orissa, has been a treasure and pride of India. Odisha is fondly called The Soul of India.

Explore The Golden Triangle Of Odisha

The three famous temples that form the Golden Triangle, a major aspect of tourism in Odisha, are the Lingaraj Temple in Bhubaneswar, the Jagannath Temple in Puri and the Sun Temple in Konark. A trip to Bhubaneswar is, however, a perfect way to start your tour to Odisha. The city has a lot to offer with more than a hundred temples, among which many have a rich historical relevance.

Puri is another sought after destination in Odisha. Puri is one among the divine Char Dhams in India. The other three are Dwarka, Badrinath and Rameswaram. Interestingly, there is also a strong belief among the devotees that a visit to this holy land can reward them with maximum results for minimum efforts put in.

The village of Konark rose to fame with the Sun Temple that speaks of the perfect style of architecture in Odisha. Though the temple is in ruins, it still is a World Heritage Site that is known for its sculptures and carvings.

Other Aspects Of Odisha Tourism

Odisha is not only known for its awe-inspiring architectural structures that are spread across the state, it also has many other aspects to be proud of. The Jain monuments, Buddhist centres and wildlife sanctuaries tell us how varied the treasures of Odisha are.

Odisha is a perfect blend of urban and rural communities. The majority of the population is into farm labouring. Most of the inhabitants live in villages than in the cities here. It also has a lot of tribal communities that constitute almost a quarter of the total population of the state. These communities still follow their rich culture and preserve their tradition as well.

Oriya is the official language of the state. However, the usage of Hindi and English is also not scarce, owing to the overall growth of the state.

Culture And Cuisine In Odisha

Being a state this is tradition-bound, the people of the state are religious and strictly follow their customs. Odissi, the classical dance form of Odisha is still alive in the state and is performed during weddings and other ceremonies in the state.

The natives of Odisha are those who love rich and natural food. Being rice lovers, the dishes they prepare are mostly sharp and mild in taste. Some of the delicacies you must try here are dalma, besara, dahi baigana and aloo paratha. The pickles made here are also going to make you yearn for more.

Since Odisha has a large population of farmers, many of their festivals are also related to harvesting seasons. As Odisha is a blend of Dravidian, Aryan and other ancient cultures, the festivals celebrated here too have the flavour of different traditions.

Makar Mela, Magha Saptami, Rath Yatra and Durga Puja are some of the festivals that are celebrated throughout the state with great fervour.

Apart from these festivals, Odisha is also known to celebrate cultural and arts festivals like the Konark Festival, Rajarani Music Festival, Mukteswar Dance Festival, among the others.

With well-connected roads, railway networks and airports, travelling to Odisha from other states of the country and abroad is quite easy. The state enjoys a tropical climate with summer, winter and monsoon being the prime seasons.