8 Destinations In India To Attend The Best Music Festivals 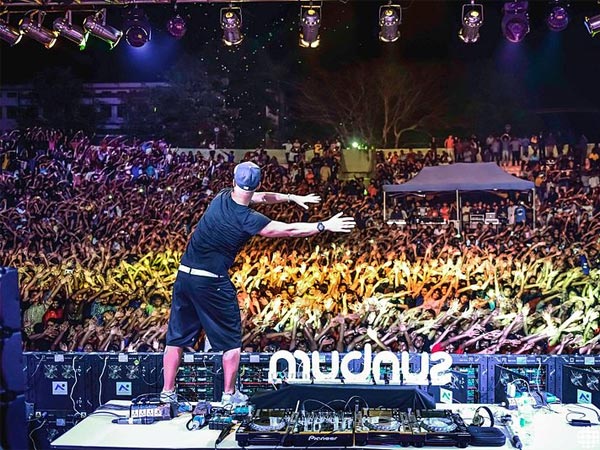 India is a land of immense talent. Be it in the field of sports, architecture, dancing or singing, Indians have set an outstanding benchmark in the world. It goes without saying that music is one such talent that is diverse and unique to the country.

With galore of instruments that are originated in India such as sitar, veena, tabla, etc., Indian music has made a niche of its own in the world. Apart from being home to the country's classical music talent, India has well-adapted to the western style of music and regularly hosts some of the most fantastic music festivals and concerts throughout the country.

The concerts usually host a famous artist from abroad along with an array of performances from the natives. These festivals encourage Indians to showcase their hidden talent along with giving a reason for die-hard music lovers to unite in a single place and enjoy!

If you are one such music lover, then these are definitely the places you must visit to have the best musical experience of your life!

Apart from being the most beloved place for vacation, Goa is home to some of the best music festivals that happens in India. Sunburn Festival that happen every year towards the end of December, is the place to be if you wish to start your new year with a bash!

Popular among the younger generation, Sunburn is an Electronic Dance Music festival that hosts an array of the best international artists along with local bands. Goa comes more alive than ever during this time, and is usually held in the Vagator beach.
PC: Haritha Prasad

Shillong is known as the Rock Capital of India for a reason! It is a breathtaking city, sprawled with lakes, waterfalls and other such nature's beauty. This popular tourist destination happens to be home to not only friendly people, amazing food, and picturesque places but also to the country's best music festival.

The people of Shillong thoroughly love music and they celebrate this with grand music festivals. Shillong Autumn Music festival is held here on the October month of every year, which is celebrated with food, wine, and other activities like kite-flying competitions.
PC: Sohanmaheshwar

Besides being a place of rich heritage, the easy-going city of Pune is home to numerous colleges, making it a hub of music concerts. NH7 Weekender that happens in a number of prime cities of India, usually hosts a festival at Pune almost every year.

It attracts an audience from all over the country since the festival has a remarkable line-up with a blend of international and local artists.
PC: Gopal Vijayaraghavan

Yet another remarkable place in the north-east is Ziro, a town of Arunachal Pradesh that attracts many tourists due to its pine-clad valley that is fringed with carpets of lush meadow that stretches infinitely.

This laid back valley of Arunachal Pradesh hosts the Ziro Music Festival every year during the month of September. It mainly encourages north-eastern bands with a few international bands as well.

The festival which was initiated to promote tourism for north-eastern states, has now become the most-awaited festival of India.

The people of Bangalore have always shown their love to music by thronging every concert that takes places in the city. The overwhelming response of the audience has sometimes attracted international artists to revisit Bangalore, just to give another performance!

Popularly known as the "Golden City", Jaisalmer is a World Heritage Site that is famous for its hill forts, temples and the desert sand dunes. Every year, this location has been chosen to host Ragasthan, a boisterous 3-day festival that includes music, film, art, photography and more.

The specialty of this festival is camping in the desert for all the three days. With camels as a ride around the city while living on the sand dunes, this experience is a must for all the performing art lovers of India!
PC: Koshy Koshy

Nagaland is home to 16 major tribes, along with numerous sub-tribes. The Hornbill Festival held in Kohima, does the colossal task of bringing these 16 tribes together!

It is a week-long festival that celebrates Nagaland's culture and tradition through performances by the locals such as music concerts, parades, games, showcase of dance and other such talents of the people of Nagaland. It is a festival that promotes the heritage of the people through a line-up of various such activities.
PC: Vikramjit Kakati

The second largest city of Rajasthan, Jodhpur, houses a number of magnificent forts, palaces and temples, due to which it is a favoured tourist destination. These picturesque monuments have attracted many directors to shoot scenes for their movies such as The Dark Knight Rises, Ghajini, and more!!

The Rajasthan International Folk Festival (RIFF) is a non-profitable project that is hosted at Jodhpur, in order to promote the folk artists of India. Over 250 folk musicians of Rajasthan and other parts of India take part in this festival that happens annually.
PC: Varun Shiv Kapur