West Bengal - A Land Of Art, Culture And Heritage 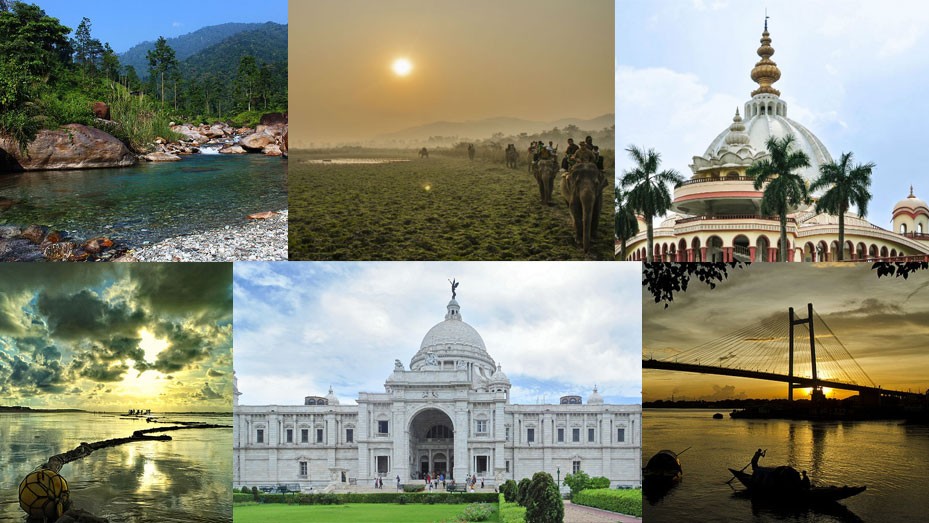 The state of West Bengal lies in the eastern region of India, sprawling from the Himalayas in the north to the Bay of Bengal in the south. Once the epicentre of British colonial activities of India, it has, still, the traces of the British time reflecting in its architecture and old heritage buildings. West Bengal tourism has shown growth in the past few years with the mix of ethnic and modern prevailing in the culture and a wide number of tourist attractions.

The topography of West Bengal is varied in nature. The Himalayan Range in the northern part of the state represents the highest point with Assam and Sikkim sharing the borders. The Gangetic plains cover a large portion of West Bengal followed by the delta regions of Sunderbans in the south as huge wildlife tourist attraction and the tip of Bengal ending into the Bay of Bengal. West Bengal is surrounded by the neighboring countries of Nepal and Bhutan in the north and Bangladesh in the east. This varied topographical nature provides the traveller opportunities to explore nature at its best.

Kolkata – A Story Of Three Villages

Kalikata, Gobindpur and Sutanuti, the three villages together formed the city of Calcutta, or Kolkata, founded by the British administrator Job Charnock..The capital city of Kolkata situated on the river Hooghly is also called the cultural capital of India. It is a major tourist hub and is rightly called the City of Joy.

Art And Culture Of West Bengal

From the famous lines “Ekala Cholo Re” by Rabindranath Tagore to the celestial Baul music going international today, the art of Bengal comprises of a variety of dances, paintings, sculpture and other forms of art. The ethnicity in the art of Bengal is the chief attraction worldwide.

Handlooms and textiles of every region in Bengal have their own stories. Santiniketan is the first choice of the tourist to explore the art of West Bengal.

The adda culture is a part and parcel of the daily lives of the people in the state. People gather in groups and chat. These groups can be noticed on many crossings across the streets of every city and town of West Bengal.

The Bengali cuisine today has become the first choice of the chefs all over the world. The variety can be noticed not only in the topography of the place but also in the cuisine of West Bengal. From the lip-smacking delicacies of the Mughlai cuisine, like biryani and Mughlai paratha, to the traditional dishes of Bengali cuisine, like macher jhol or Bengali fish curry.

Fairs and festivals are a significant part of the tourism of West Bengal. Durga Puja, Kali Puja, Saraswati Puja, Lakshmi Puja, Jagadhatri Puja are the famous festivals where the different forms of female power is worshipped. The Ganga Sagar Mela attracts thousands of devotees every year. However, the cosmopolitan culture brings together people of all sects, castes and religions to celebrate all festivals with the same enthusiasm.

West Bengal tourism offers you a wide scope of wandering into a mixed world of old and new. The wildlife adventures at Sunderbans, Bakkhali, Murti, Birbhum, religious bowing at Tarapith, travelling through the scenic beauty of Darjeeling and Mongpong or paying a visit to the heritage at Kolkata, Murshidabad and Santiniketan, West Bengal is a full of excitement.