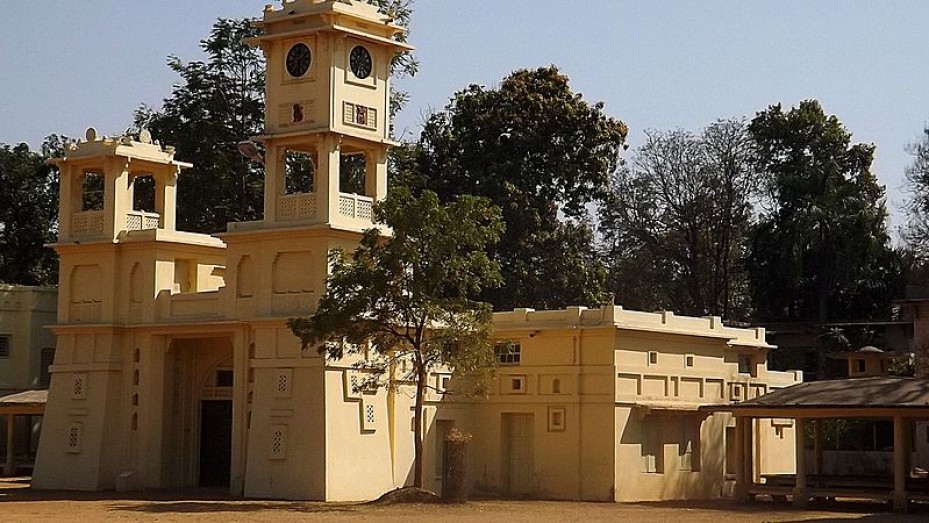 Popularly known for its literary background, Santiniketan is located around 180 kilometres north of Kolkata in the Birbhum district of West Bengal. Rabindranath Tagore, the nobel laureate, made Santiniketan an International University, where the culture and tradition of the east easily transcends with the science of the west.

Santiniketan—Niketan, which means house, and shanti, which means peace—is a place which is surrounded by blooming beauty amidst the lush-green land. Many famous personalities, such as Indira Gandhi, Satyajit Ray, Gayatri Devi, Nobel Prize winner Amartya Sen and Abdul Ghani Khan, have visited Santiniketan, which makes this heritage home a major tourist attraction for both Indians and foreigners. Giving you a slice of radical art, dance and culture, Santiniketan is a cultural hub that cannot be missed.

Poush Utsav is celebrated to mark the establishment of a Brahma Mandir at Santiniketan. It is in and around December to January where festival of folk dance, music, art and culture, sports and artefacts can be seen in full swing. Not just that, there is Maghotsav, Joydev Mela and Vasanta Utsav that signifies a number of historical events.

Santiniketan is famous for its Bengali food, especially fish curry. The Visva-Bharati University is huge and beautiful. Maharshi Devendranath, the father of Rabindranath Tagore, held prayers at the convocation centre.

At the time of graduation, each graduate is given five leaves form the Saptaparni trees. The College of Fine Arts & Crafts that exhibits sculptures, frescoes & murals in addition to the library of art books. The traditional Brahmacharya Ashram is followed at Patha Bhavan. Prayers are held every Wednesday. The great poet lived and worked at the Uttarayan Complex.

Other Attractions In Santiniketan

There are other places one can visit near Santiniketan, such as the Kankalitala, which is a sacred Shakti Pitha, and adjacent to Santiniketan is a deer park which remains closed on Wednesdays. Joydev-Kenduli is the birthplace of author Geeta Govinda. Nanoor has a temple, which is dedicated to Devi Basuli, in addition to that is Bakreshwar, where a number of hot water springs can be experienced. All this and more attractions like Tarapith, Labhpur-Fullara, Saintha-Nandeshwari, Nalhati and Massanjore, which consists mainly of Shakti Pithas and temples, can be visited in Santiniketan.

How To Reach Santiniketan

Santiniketan is well connected with road and rail. The nearest airport is at Kolkata.

Santiniketan has hot and humid summers and cold winters.

Santiniketan is Famous for

How to Reach Santiniketan