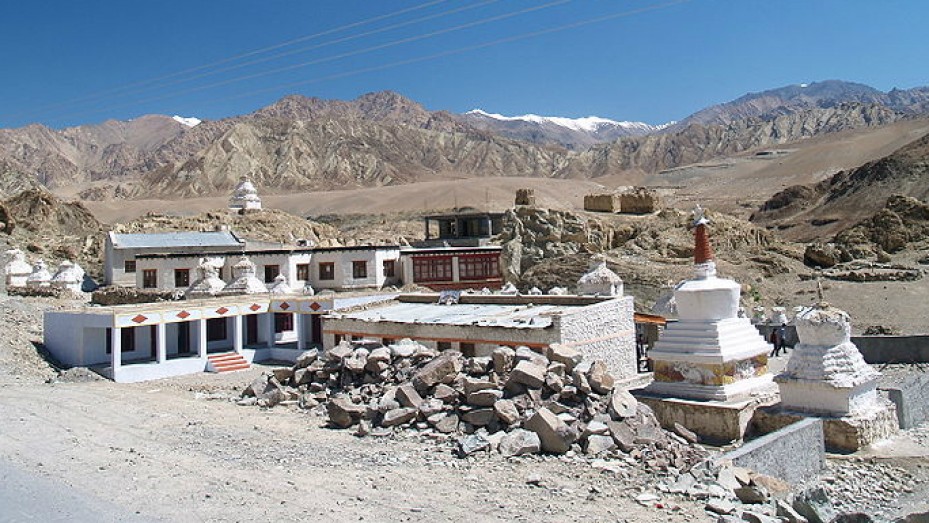 Alchi is a popular village situated in the Leh District of Ladakh. Standing on the banks of the Indus river, this village is located at a distance of about 60 km from Leh, at the centre of the Himalayan region. The village is known for an ancient monastery with the same name.

Tourist Places In And Around Alchi

The building complex of the monastery has three main temples, namely Du-khang, Sum-Tsek and the Temple of Manjushri. There are numerous paintings of Buddha and other deities on the walls of these temples.

Situated amidst nature, the village of Alchi makes for a scenic location. It is a place where tourists can experience and closely observe monastic life. The village also has a few places for overnight stay.

How To Reach Alchi

The village of Alchi experiences extreme climatic conditions. It suffers freezing winters but has pleasant summers. The place receives rainfall all through the year and temperatures in summer can plummet during the nights. The best time to visit Alchi is between June and September.

Alchi is Famous for

How to Reach Alchi