Hemis – A Pathway To Exotic Attractions 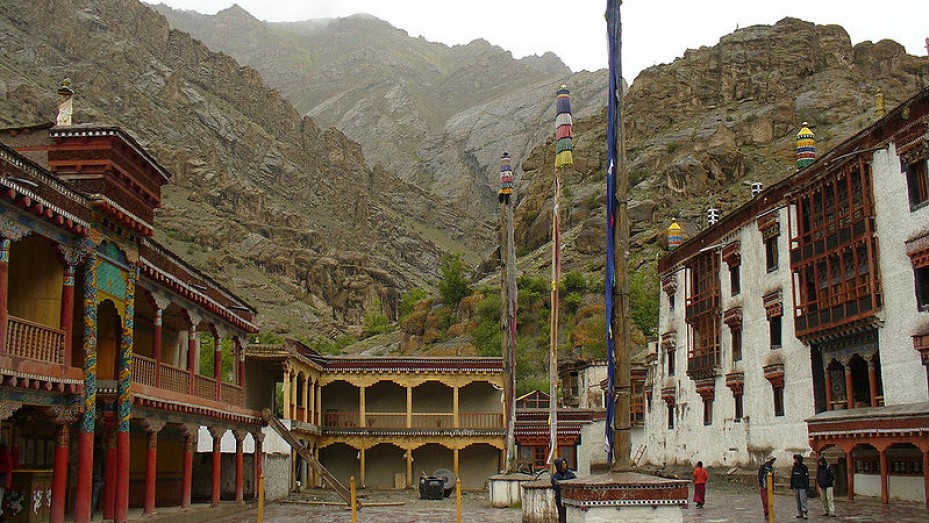 Hemis is a popular tourist attraction in Jammu & Kashmir, situated 40 km to the Southeast of Leh. This town is the perfect destination for people who wish to spend some time in the lap of nature and is known among tourists for its Hemis Monastery or Gompa. The monastery was built by the first incarnation of Stagsang Raspa Nawang Gyatso in the year 1630. It was later reestablished by King Senge Nampar Gyalva to promote the religious teachings of the Mahayoga Tantra School in the year 1672.

Tourist Places In And Around Hemis

The major attraction of the Hemis Monastery is a copper idol of Buddha, the founder of the Buddhist religion, can be seen on the walls of the monastery.

Beautiful paintings that represent the ‘Kalachakra’ or the cycles of time' and the ‘Lords of the Four Quarters’ can be seen on the walls of the monastery. The annual festival of Hemis that takes place in June/July is celebrated here by thousands of people to honour Guru Padmasambhava, also known as “The Lion Roaring Guru” who is an extremely important figure in the history of Tibetan Buddhism.

The Hemis National Park, which lies on the banks of the Indus River is another popular attraction of the destination. This site, also known as the Hemis High Altitude National Park, has been declared as the 2nd largest contiguous protected area in India. With a total area of 4400 sq km, Hemis National Park is the largest national park in South Asia. The snow leopard, deer, macaques, red foxes, wolves, the lammergeier vulture, and the golden eagle can be sighted in this park.

How To Reach Hemis

Tourists interested in exploring Hemis can visit the destination via airways, railways and roadways.

The summer season, between April to June, is the ideal time to visit the town of Hemis, while winters are extremely cold with the minimum temperature dropping to as low as -30° C.

Hemis is Famous for

How to Reach Hemis