Kargil - Bound By The Great Himalayas 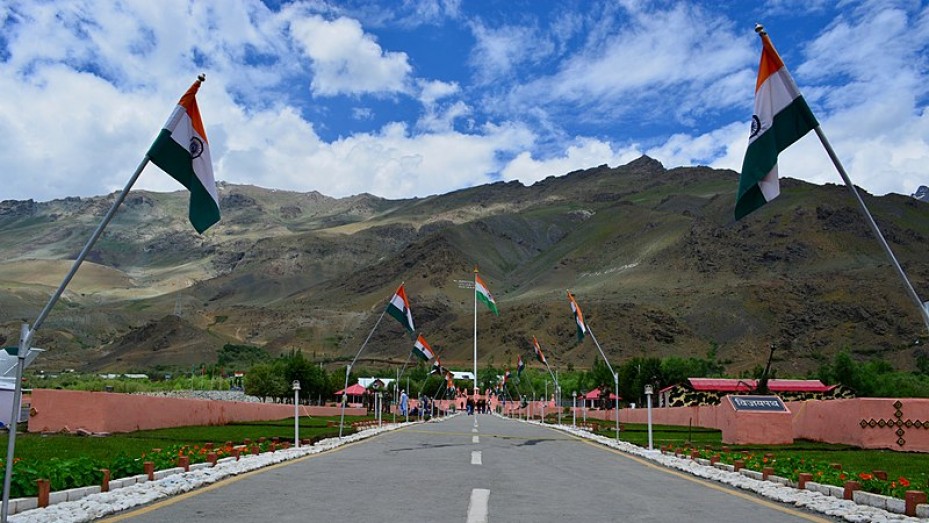 Kargil, also known as the Land of Agas, is a district in the Ladakh region of Jammu & Kashmir. The district derives its name from the fact that is primarily occupied by Shia Muslims. Situated at a distance of around 205 km from Srinagar, Kargil is located in proximity to the Line of Control or LOC with Pakistan and looks onto the valley of Kashmir.

The place was the centre for the Kargil War or Kargil Conflict that took place during 1999 between India and Pakistan. The word Kargil is a blend of two words, ‘Khar’ meaning castle and ‘rkil’ meaning centre. The term, therefore, means a place between castles, an apt name for the destination, which lies between the two countries of India and Pakistan.

Kargil is popular for its monasteries, picturesque valleys and small towns. The place has a few important tourist attractions and religious centres for Buddhists such as the Sani Monastery, the Mulbekh Monastery and the Shargole Monastery.

The Sani Monastery is one of the oldest and most famous monasteries situated near the Village Sani. It is one of the 8 revered monasteries in the world where well-known Gurus of the Buddhist community like Marpa, Naropa and Padmasambhava visited. The monastery was constructed during the 1st century by Kanishka, a Kushan King.

One of the 108 chortens or stupas, a domed structure serving as a Buddhist shrine, is placed in this monastery. The 20 ft tall chorten is also known as the Kanika Chorten and is placed in the backyard of the monastery.

Tourist Places In And Around Kargil

A famous Buddhist sculpture of the Maitreya Buddha or Future Buddha, also known as the Laughing Buddha, is the major attraction of the Mulbekh Monastery. This monastery is situated on a rocky hill and houses a 9 m tall idol of Buddha. It is said that this idol was brought here by some missionaries.

Zanskar, a sub-district of Kargil is visited by a number of tourists every year. The place remains secluded for around 8 months of the year as it remains covered with thick snow. The several monasteries situated there include the Karsha Monastery, the Zongkhul Monastery and the Stongday Monastery.

The Drang-Drung Glacier, located in the centre of Suru Valley, is another famous attraction here. The Karsha Monastery, the biggest and the richest monastery in the area having various chapels and accommodations for around 150 monks, attracts many visitors. A Chomo Gompa or nunnery is also located in the monastery.

How To Reach Kargil

Kargil is situated near Srinagar and can be reached easily by road. The Sheikh ul Alam Airport, popular as Srinagar Airport, which is connected with several Indian cities, including Delhi, Shimla, Mumbai and Chandigarh, is the closest air base to Kargil. The nearest rail link to Kargil is the Jammu Tawi Railway Station, which is situated at a distance of around 540 km.

It is connected with cities like Trivandrum, Chennai, Bangalore and Delhi among others. Taxis and jeeps are available from the railway station for Kargil. Buses for Kargil are available from Leh and Srinagar. Travellers can also hire jeeps, taxis or mini coaches to reach Kargil.

The region of Kargil experiences arctic and desert type climate as it is situated in the Himalayan ranges. During winters the route to Kargil remains closed due to heavy snowfall. With temperatures going down to as low as -48° C, the conditions there become inhospitable. Summer seasons are, however, the best time to visit this place. The period between May and June is considered ideal for sightseeing in Kargil.

Kargil is Famous for

How to Reach Kargil