Anantnag - The Valley Of Springs And Lakes 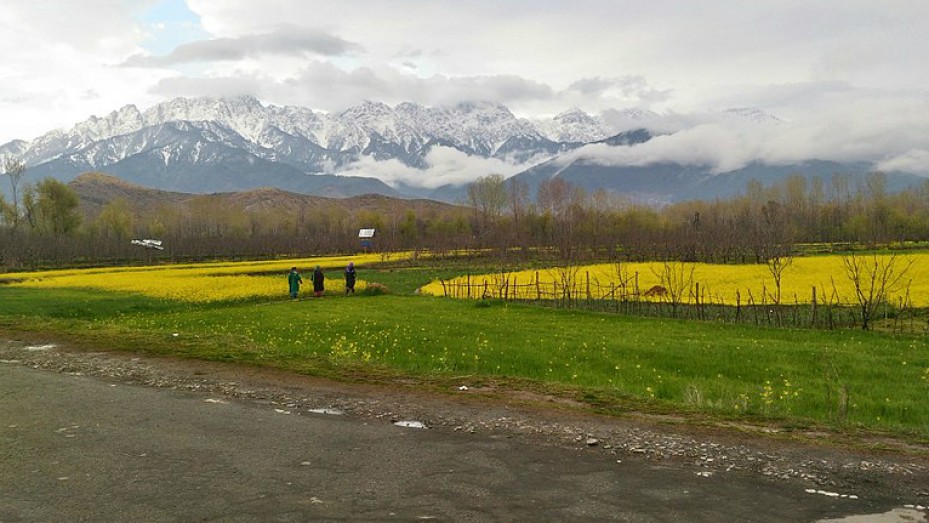 Anantnag district, known as the commercial capital of Jammu & Kashmir, is located in the south-western part of the Kashmir valley. The destination is considered to be one of the most developed regions in the valley of Kashmir. In 5000 B.C, this region became a market town and gained the title of being the earliest site of urban development.

Anantnag is surrounded by various cities like Srinagar, Kargil, Pulwama, Doda and Kishtawar. The district has derived its name from the popular folklore according to which Lord Shiva discarded all the valuables while on his way to the Amarnath Cave. The place where he dropped numerous snakes has been named as Anantnag. Presently Anantnag is connected to three tehsils, namely Gool Gulab Garh, Doda and Budhal.

Anantnag is popular among tourists for its numerous shrines, which are of religious importance to both Hindus and Muslims. Hazrat Baba Reshi, Goswami Gund Ashram, Shilagram Temple and Nila Nag are some of the prominent shrines in the district of Anantnag.

Seven temple complexes in this region include the Hanuman Temple, Shiva Temple, Sita Temple and Ganesh Temple. Apart from temples and shrines, tourists can sight beautiful springs like Salag Nag, Malik Nag and Nag Bal, to name a few.

Tourist Places In And Around Anantnag

While on a trip to Anantnag, tourists can visit the Martand Sun Temple that is located at a distance of 9 km from the destination. This temple was constructed by King Lalitaditya in honour of the Lord Sun. The architecture of the temple depicts the artistic excellence of the Kashmiri Hindus.

It is believed that Shiekh Zain-ud-din devoted his entire life to Allah. He restricted himself to the cave and preached locals about Allah. If time permits, then tourists are recommended to explore other renowned religious sites, namely Masjid Syed Shab, Naghbal, Kherbawani Asthapan and Aishmuqam.

The small chapel constructed inside the grounds of John Bishop's Memorial Hospital is considered to be one of the most sacred places. In 1982, this chapel was constructed to support the needs of the Protestant Christians and Christian officials, who wanted a separate praying ground for themselves. This chapel works towards the betterment of the Christian employees residing in and around the region.

Tourists looking forward to visit Anantnag can reach the destination via major means of transportation. Srinagar Airport is the nearest air base that is located at a distance of 62 km from Anantnag. This airport, otherwise known as Shaikh ul Alam Airport, is well connected to cities like New Delhi and Jammu. Foreigners reaching the capital city of India can take a connecting flight to Srinagar.

Taxis or cabs for Anantnag city centre is easily available from the Srinagar Airport. The district of Anantnag can be reached via railways as its railway junction is connected to important places in Jammu & Kashmir. It is suggested, that tourists from other major cities in India should take trains till Jammu Tawi Railway Station that is situated 247 km from Anantnag.

To reach Anantnag via road tourists can either take their own cars or can rent private taxis. State operated bus is another option for tourists planning to visit the district via roadways.

Tourists are suggested to visit this place between spring and summer season.

Anantnag is Famous for

How to Reach Anantnag