Amarnath - The Epitome Of Sanctity 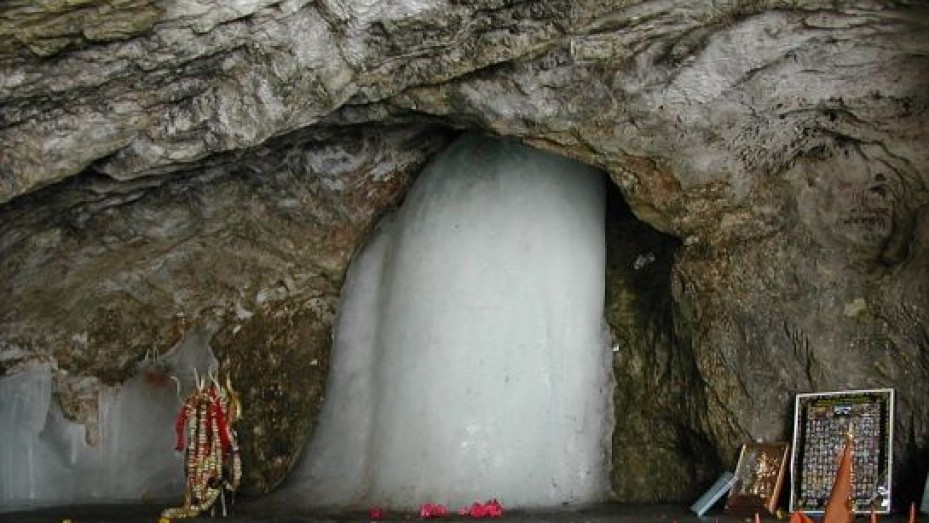 Amarnath, situated at a distance of around 145 km from Srinagar, is considered to be one of the major pilgrimage sites of India. The site lies at an elevation of 4175 metres above sea level and is popular among the devotees of Shiva, the Hindu god of destruction, with a naturally formed ice Shivalinga, a symbol of the deity, as its major attraction. The pilgrimage site received its name from the Hindi words “amar”, which stands for immortal and “nath” which stands for god.

The Legend Of Amarnath

According to popular folklore, Goddess Parvati, the consort of Shiva, had asked him to reveal the secret of immortality, which he had been keeping from her for a long time. Shiva then took her to an isolated place in the Himalayas where they would not be overheard and disclosed it to her. While on his way to the Himalayas, Shiva is said to have left the moon that sits on his head, at Chandanwari and Nandi, his bull, at Pahalgam. After that, Shiva left his son; the elephant god, Ganesha, at the Mahagunas Hill and snake at Sheshnag. Shiva then supposedly dropped all the five elements at Panchtarni before taking Parvati into a cave. Shiva then is believed to have generated a fire inside the cave in order to annihilate any living creature present inside so they would not overhear him. He, however, failed to notice two pigeon eggs that were left unharmed as they were present underneath some deer skin.

The two eggs quietly hatched while Shiva was narrating the secret to Parvati and overheard the secret. Upon reaching the Amarnath Cave, visitors can see a pair of pigeons at the site. According to popular local belief, the two pigeons who overheard Shiva's secret take birth again and again which is why they have made the Amarnath Cave their permanent home.

This popular pilgrimage destination has been mentioned in a Sanskrit text, the Nilamata Purana, that belongs to the 6th century. The Purana gives an account of the ritualistic and cultural lifestyles of the residents of Kashmir.

Amarnath has also been linked with the saintly king, Aryaraja, who ascended the throne of Kashmir in 34 BCE. The king eventually abdicated his rights as a king. He is said to have frequented the destination during the summers in order to worship a naturally formed ice lingam. Amarnath has also been mentioned in the Rajatarangini as Amareshwara.

The Sacred Cave Of Amarnath

On his visit to Amarnath, between, 1420 and 1470, Sultan Zainal Abidin had a canal called Shah Kol built. While on a trip to Amarnath, travellers must not miss the Amarnath Cave situated at an elevation of 3888 m. This cave enshrines the naturally formed ice Shivalinga. This ice Shivalinga buffs and fades depending on the cycle of the moon and achieves maximum height from May to August. According to popular belief, this cave is around 5000 years old. This cave is believed to be the place where Shiva revealed the secret of immortality to Goddess Parvati.Two other ice lingams of Ganesha and Goddess Parvati are also situated there.

The site is constantly guarded by the Indian Army, the Indian Parliamentary Forces and the CRPF. As a result, visitors need prior permission from higher officials in order to visit the Amarnath Cave.

Tourist Places In And Around Amarnath

The Sheshnag Lake is another popular attraction of Amarnath. It lies 27 km away from Pahalgam. This lake is situated at a height of approximately 3658 m above sea level due to which it remains covered in ice till June.

Pilgrims undertaking the Amarnath Yatra, as well as tourists, visit this lake in large numbers during summers.

May to October is the best time to visit Amarnath.

How To Reach Amarnath

Those interested in visiting Amarnath can reach the destination by air as well as by train. The Srinagar airport is the nearest to the destination and is well connected to the Indira Gandhi International Airport, Delhi. Tourists who wish to reach Amarnath by train can travel from the Jammu railway station, which is connected to major cities and towns of the country.

Amarnath is Famous for

How to Reach Amarnath