Kashmir – The Poetry Of Nature 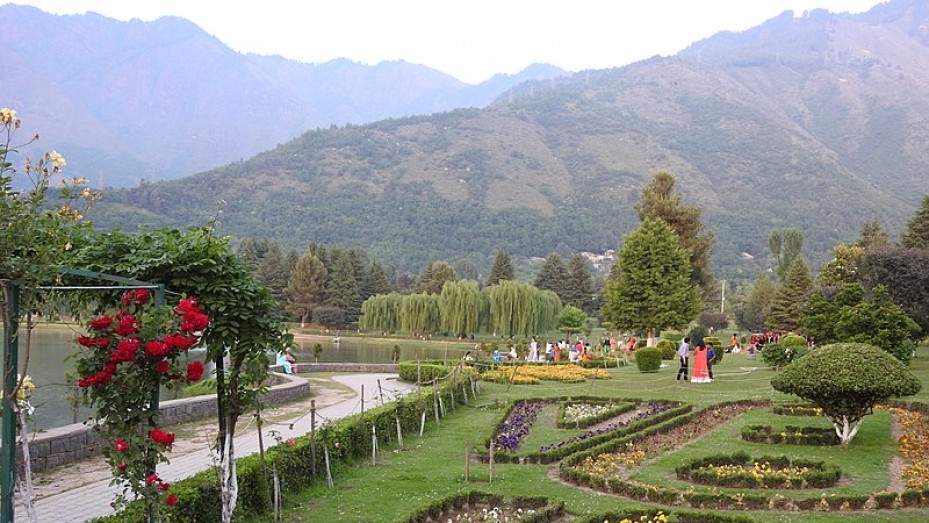 Kashmir is considered to be ‘heaven on earth’ with its immense treasure of natural beauty. Located in the north-west region of India, the valley of Kashmir is nestled amid the mighty Himalayas and the Pir Panjal mountain range. According to the local folklore, the state of Kashmir came into existence after a popular Hindu Sage named Kashyap shrunk a lake where Brahmins resided, exposing the land underneath.

Religious Impressions - Tourist Places In And Around Kashmir

One must visit the Hazratbal mosque, previously known as Ishrat Mahal or ‘pleasure house’ of Sajid Jahan; a high ranking official of Shah Jahan’s army, situated at the banks of the famous Dal Lake. This place is said to house the hair of Prophet Muhammad. The Mosque symbolises the love and respect of Prophet Muhammad’s followers towards him. The Charar-i-Sharief, one of the oldest and sanctimonious shrines of Kashmir, is now a popular tourist destination.

Located at a distance of 40 km from Srinagar, this shrine was built in memory of Sheikh Noor-ud-Din, a famous Kashmiri Sufi saint. He preached the doctrine of vegetarianism, non-violence, and communal harmony.

The Khanqah of Shah Hamdan, situated at the banks of the river Jhelum, is another popular tourist destination. Splendid hanging bells and carved leaves are just two of its most liked attributes. The shrine was built by a Shah Mir dynasty King, Sultan Sikander, in the year 1395.

Built by Maharaja Pratap Singh in the year 1912, at a distance of 27 kilometres from Srinagar, sits the temple of Kheer Bhavani. This temple enshrines the idol of Hindu Goddess Ragnya. It is believed that the Hindu deity, Rama, used this temple as a place of worship while in exile.

The temple received its name from the fact that only kheer, an Indian sweet dish, and milk are given as offerings by the devotees here. Locals believe that the colour of the kheer, which is normally white, turns black to indicate unexpected adversity.

The Shankracharya Temple, another renowned tourist destination of Kashmir, is situated on the highest point of a hill named Takht-e-Sulaiman. The Martand Sun Temple, constructed in honour of the Hindu Sun-god, Bhaskar, also attracts many visitors. Situated near the town of Anantnag, this temple was built by King Lalitaditya of the Surya dynasty, and is known as one his most prominent works.

The natural cave of Shiv Khori, located in the tehsil or administrative division of Reasi is renowned for its naturally formed ‘Shiva Lingam’, symbolic representation of the Hindu god of destruction, Shiva. It lies at a distance of 100 km from Jammu.

Impressions of Sheshnag, the Hindu snake god, can be seen on the ceiling of the cave. A hollow in the centre of the cave, symbolising Shiva's 'Jata' or knot of matted hair, can also be seen.

The Shalimar Garden, built by Emperor Jahangir for his wife Nur Jahan in the year 1616, is a popular tourist site. Another garden named Faiz Baksh, also known as ‘garden of love’ was added to the region in the year 1628. The terraced garden, in earlier times, was used by the women of the royal family. The fourth terrace is considered to be the most magnificent of the four terraces of the garden. It is fitted with a tank, the centre of which has a black stone pavilion. Light and music shows organized in this garden are the main attractions.

May to August is the best time to visit Kashmir.

How To Reach Kashmir

Travellers planning for a trip to Kashmir can reach the destination via air, rail and road.

Kashmir is Famous for

How to Reach Kashmir