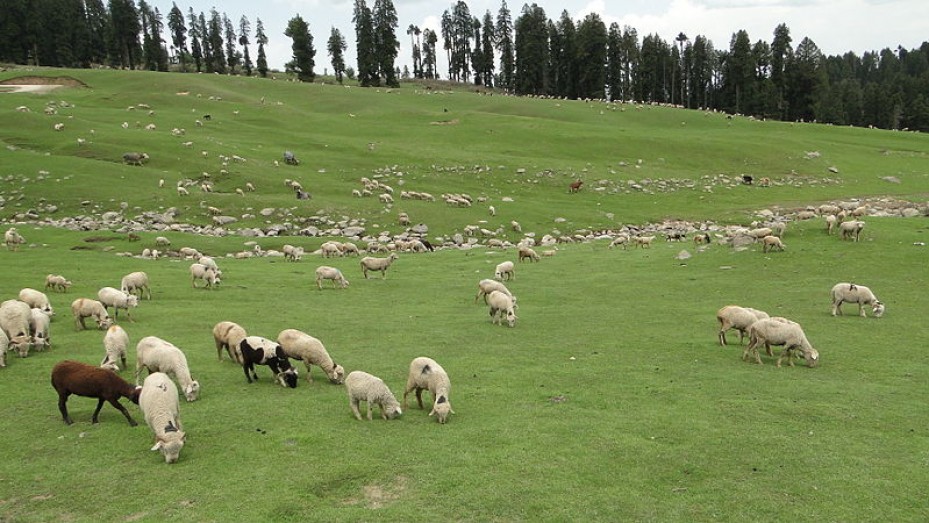 Budgam is the youngest district of Jammu & Kashmir that was carved out of Srinagar in 1979. The district is located at an average elevation of 5,281 ft above sea level. Popular for its natural beauty, the topography of Budgam varies from being mountainous to having plains.

In the south and southwest direction, it is hilly whereas in the east and north, there are plains. In older times, Budgam was a major stopover for the Mughals, while on their way to Kashmir.

Tourist Places In And Around Budgam

Travellers reach the valley of Kashmir through the Poonch Gali, which is a border of Budgam in the Khag region. Some of the popular tourist attractions of the district include Yousmarg, Doodpathri, Tosmaidan, Nilnag and Mount Tuta Kutti.

Yousmarg, consisting of a cluster of meadows, is a popular picnic spot. Doodpathri is another picturesque site situated in the middle of dense forests, hills and a stream. Nilnag, Sukhnag, Pushkar Nag, Gandhak Nag, Laen Kol, Ajih Kol and Mala Kol are some of the well-known springs located in the region.

The place is known for its religious and historic sites such as the Budgam Imambara, the Tomb of Sheikh Noor-ud-Din, the Tomb of Sham Ded, the Tomb of Baba Latif-ud-Din and the Shrine of Hazrat Ganga Baba Rishi.

How To Reach Budgam

Budgam is easily reachable via flights, rails and roads. The nearest airport to the destination is the Srinagar Airport, which is well connected to important Indian cities like Mumbai, Chandigarh, Delhi, and Shimla. Delhi airport, situated 876 km from Srinagar connects travellers from foreign countries with the place.

The railhead nearest to Budgam is the Jammu Tawi Railway Station, which is well connected to other Indian destinations like Bangalore, Delhi, Trivandrum and Chennai. Direct buses for Budgam are available from Srinagar.

The region experiences temperate climate throughout the year. The place has moderate summers and extreme cold winters along with heavy snowfall. The place receives moderate rainfall during the rainy season.

Budgam is Famous for

How to Reach Budgam