Sarchu – Camping All The Way 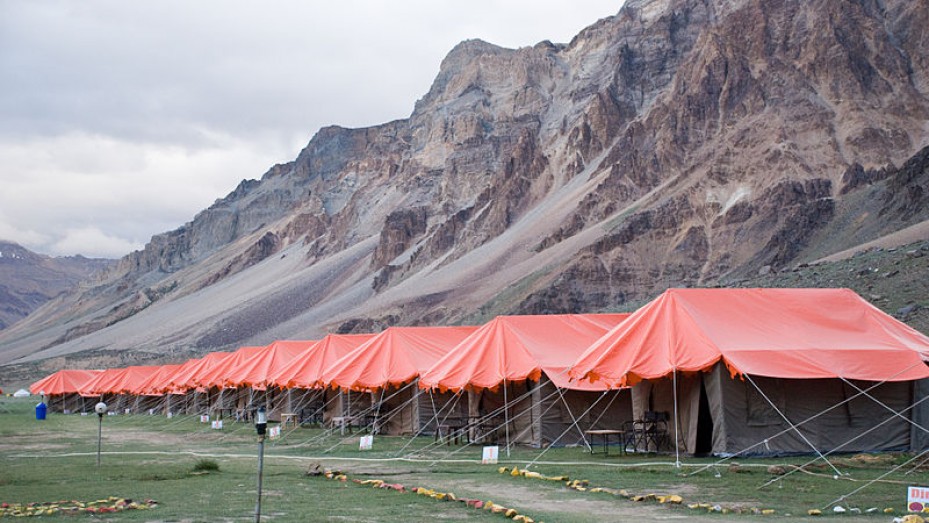 Sarchu, also known as Sir Bhum Chun, is situated on the boundary between Himachal Pradesh and Ladakh. It rests at an altitude of 4290 m above sea level with Baralacha La to its south and Lachulung La to its north.

Tourist Places In And Around Sarchu

The place serves as an overnight resting base for people travelling from Manali to Leh; they lie at a distance of 475 km from each other. Travellers can not access Sarchu during winters, as the highway remains closed throughout this time. The route opens between the months of May and September, when the snow melts. It is during this time that travellers can use this place as a halting place or transit camp on the Leh-Manali Highway. The Tsarap Chu River, a base for the Indian Army, lies in the vicinity of the base.

Tourists travelling in the months between June and October can easily avail their accommodation in the form of tents. Food is also available here. Sarchu also acts as a trekking base for individuals who wish to trek around the Zanskar region of Ladakh.

Tourists are suggested to visit this place during summers. During this season, the average temperature of the place is 25°C, which is favourable for the tourists to explore the region. The season starts in the month of June and ends in October. The highway route and camp is closed by October, as this month marks the beginning of the winter season in Sarchu. During this time, the temperature of the place may drop to as low as -35°C.

How To Reach Sarchu

To reach Sarchu, travellers can board flights to Leh, located at a distance of 255 km. The Leh airport is connected to all the major cities, including New Delhi, Mumbai, Chandigarh, Trivandrum, Goa, and Mumbai, apart from others. Tourists can easily avail shared taxis and cabs to reach Sarchu outside the airport. In addition to this, travellers can also reach this place via train. The Jammu railway station is the nearest station from Sarchu; situated at a distance of 550 km.

Tourists interested to travel by road can use private transport or avail bus services from Manali or hire taxis.

Sarchu is Famous for

How to Reach Sarchu