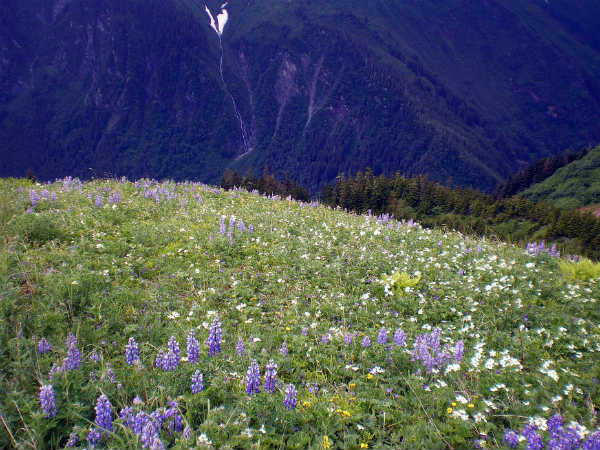 India is one of the few places in the world which have been nurturing gems since their outset. Be it any place in the country, you will certainly find a reason to stay back. Such is the grandeur of this mesmerising country that each and every place carries several legends regarding their existence and survival.

However, there are several other places too, which are way beyond comprehension and cannot be described in few words. These are the places which are responsible for turning a tourist into a traveller or explorer.

It is cent percent true that if you have not been to these natural places in India, then you have not witnessed the entire beauty of the nation. So, you need to consider planning a trip to these enchanting and surreal beauties in India.

Located in the Pune district of Maharashtra, Kamshet is one of the least-explored places in the country. However, it is assuredly amongst the places which leave an everlasting impact on a tourist, thereby, turning them into ardent travellers. Due to its cold semi-arid climate, it remains a year-round destination.

Kamshet is popular for its paragliding spots and hence, it is an ideal weekend destination for paragliders. What can be better than witnessing the beauty of a place by flying high in the air? If you have ever dreamt of living, even if just for a few moments, away from the crowd to explore the world of ultimate bliss, Kamshet is the place to visit.

Apart from paragliding, you can also visit several other alluring places in the vicinity, such as Vadivale Lake, Thokarwadi Lake, Karla and Bedsa Caves and Wadeshwar Shiva Temple.

9 Best Places For Paragliding In India

If you are looking to feel the essence of heavenly beauty with fragrance all around, then Yumthang Valley of Flowers is the place where you should be this season. Located at a distance of around 150 km from Gangtok in the state of Sikkim, this beautiful valley is surrounded by sky-high mountains and is covered with fields of beautiful flowers, such as poppies, iris and primulas.

During the spring season, the valley starts blooming with colourful flowers and rich vegetation, thereby, making it one of the places which can compel you to say there forever.

Who would not love to wake up early in the morning and step on squashy grasslands that resemble the setting of heaven? Yumthang Valley of Flowers is also home to a wildlife sanctuary and several hot springs. So, how about boosting your wanderlust and becoming a traveller now?

A beauty tucked away in the Hassan district of Karnataka, Sakleshpur is a lesser-known hill station which is frequented only by offbeat travellers and unconventional wanderers. Being a part of the Western Ghats, what less can be expected from this marvellous beauty other than pure heaven with hills and forests?

The major thing which distinguishes Sakleshpur from other popular hill stations is its unpolluted atmosphere and uncrowded environment. That essence of innocent nature can certainly be felt within the boundaries of Sakleshpur amid its forests and beautiful landscapes. It is also popular for coffee plantations. So, why not plan a trip to Sakleshpur and contemplate its unimaginable world?

Must-visit Hill Stations In Karnataka To Detox Yourself

Well, here is the place which is definitely a wonder in itself and hence, is also known as the Shimla of Rajasthan, owing its popularity to its unseen magnificence. Not every desert in the world nurtures a beauty which can leave every traveller speechless. However, Mount Abu is the place that boasts of beautiful surroundings and breathtaking landscapes amid the desert of Rajasthan.

It is located in the Sirohi district of Rajasthan in the Aravalli Range and is the only hill station in the state of Rajasthan. Filled with surprises in the form of hills, lakes, gardens, streams, forests and waterfalls, Mount Abu is, undoubtedly, an exceptional beauty in India.

The quintessential destination for snow lovers and skiers, Auli is the splendour of Uttarakhand and is hidden in the Himalayan mountains in the district of Chamoli. One cannot merely ignore this heavenly beauty considering the fact it is one of the less-crowded hill stations in India and is a complete package for nature lovers.

How about testing your patience and endurance on the steep slopes of its mountains? You can also visit nearby places of interest which include lakes, temples and rivers.

Travel To These Skiing Destinations In India

When the talk is about the heavenly presence of nature, this paradise on earth, Jammu and Kashmir, can never be out of the discussion. Even though each and every place in this wonderland is worth a visit, there are still several places which can steal away the heart of any traveller. Gulmarg is one such place which should be on the top of your bucket list if you are looking forward to witnessing nature in its nascent form.

Things You Must Experience When In Gulmarg

Located in the East Khasi Hills district of Meghalaya, Cherrapunji is the wettest place on the earth. Due to heavy rainfall, the region in and around Cherrapunji is always covered with rich and dense vegetation with lush greenery all around. It is also the place where you can find living root bridges. Due to its rich green surroundings, Cherrapunji is a must-visit place in India if you have embarked on a journey to find surreal places.