Meghalaya – A Journey Through The ‘Abode Of Clouds’ 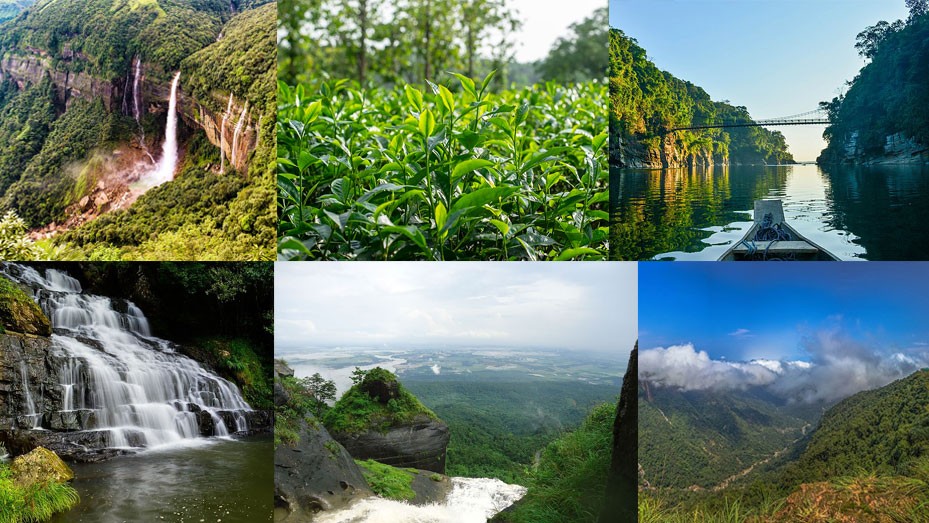 Created in 1972, the State of Meghalaya is the home to the Khasi, Jaintia and Garo tribespeople. The gently rolling hills of the state are noted for growing fruit and betel nuts, which the locals chew an awful lot of. Aizwal is the state capital of Meghalaya and is the 23rd most populous in the country. This state is bounded to the north by Assam and by Bangladesh to the south.

About one third of the state is forested. The forests of Meghalaya are notable for their biodiversity of mammals, birds, and plants. The rich and varied flora and fauna of the state will take you through a magical journey never experienced before.

Tourist places in and around Meghalaya

Meghalaya Tourism takes you on a tour of a kaleidoscope of culture, people, nature and languages. Mizoram is considered by many as a beautiful place due to its mesmerizing landscape and pleasant climate. Some of the main attractions of Mizoram are Murlen National Park and Dampa Tiger Reserve. Tourist attractions also include beautiful lakes and waterfalls like Palak Dil, Tam Dil and Vantawng Falls.

Meghalaya is one of the Seven Sister States of India. Meghalaya has many rivers, most of these are rainfed and seasonal. The important rivers in the Garo Hills Region are Daring, Sanda, Bandra, Bhogai, Dareng, Simsang, Nitai and the Bhupai. In the central and eastern sections of the plateau, the important rivers are Umkhri, Digaru, Umiam, Kynchiang, Mawpa, Umiam or Barapani, Myngot and Myntdu. In the southern Khasi Hills Region, these rivers have created deep gorges and several beautiful waterfalls.

Culture and Society of Meghalaya

The people of Meghalaya are simple and hospitable. The main tribes in Meghalaya are the Khasis, the Garos, and the Jaintias. One of the unique features of the state is that a majority of the tribal population in Meghalaya follows a matrilineal system where lineage and inheritance are traced through women.

The Khasi and Jaintia tribesmen follow the traditional matrilineal norm. In the Garo lineage system, the youngest daughter inherits the family property by default, unless another daughter is so named by the parents. She then becomes designated as 'nokna' meaning for the house or home.

The tribes of Meghalaya celebrates various festivals with great pomp and show. Dance is at the very heart of Khasi life, rich in repertoire, performed often as a part of the "rites de passage" — the life-cycle of an individual in society or the annual passage of the seasons. Dances are performed at the level of individual villages, a group of villages and a conglomeration of Raids. Local or regional flavours and colours bring variations to the basic dance form, which is universal in Khasi folk culture.

Festivals of the Jaintia Hills, like others, contribute significantly to maintaining a balance between man, his culture and his natural environment or eco-system. At the same time it seeks to revive the spirit of cohesiveness and solidarity among the people. Festivals of Jaintias includes Behdienkhlam, Laho Dance, Sowing Ritual Cermony.

The climate of Meghalaya is moderate but humid. The maximum temperature in this region rarely goes beyond 28 degrees. The town of Cherrapunji  in the Khasi Hills receives the heaviest rainfall in the world. The best time to visit Meghalaya is during the months of March to July.