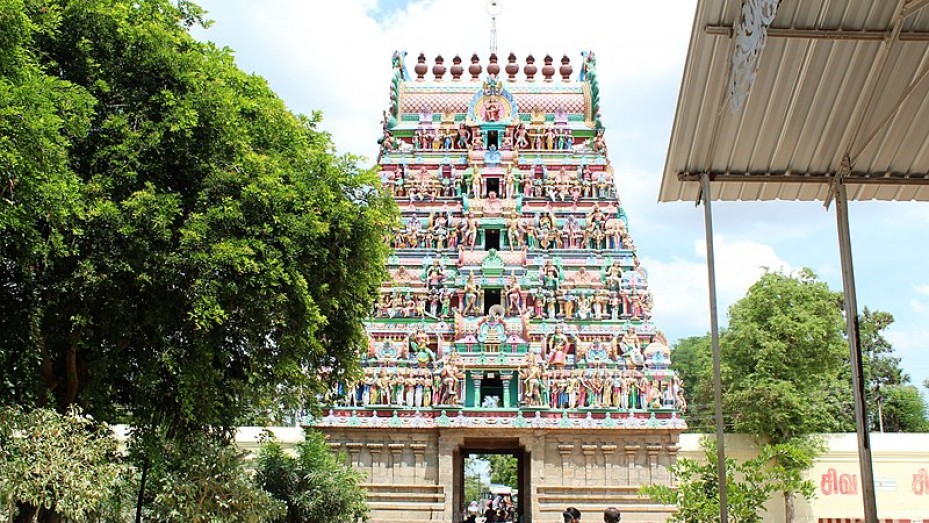 Thiruvenkadu is situated in the Nagapattinam district. The place is about ten km away from the southeast of Sirkali, Poompuhar Road. It is said that this name has been derived from the white elephant (Airavata) of Lord Indra, who meditated at this place. It is one of the nine Navagraha temples in South India.

Thiruvenkadu is amongst one of the six divine places akin to Kashi. In this place, everything is 3 in number - the holy water, presiding deity as well as the divine tree. Thiruvengadu belongs to the Mercury planet (Budha) amongst the nine planets. The place is the one amid the fifty one Shakti Peethas. There are 64 Murthas of God Shiva; here the Agoramurthy form of Shiva can be seen.

This is the place where Lord Shiva performed the six different tandavas or dance forms. This is also well known as Adhi Chidambaram.

Muruthuvan, the demon, gained boons from Lord Brahma and used it wrongly to torture the devas. The devas prayed to Lord Shiva to rescue them from the demon. Then Shiva suggested the devas go to Thiruvengadu and reside there in camouflage. Thereafter, Lord Shiva sent his vahana (or vehicle) - Nandi(bull) - to fight the demon.

Nandi conquered the demon and threw it into the sea. After that, the demon acquired Sula from Shiva through severe penance. After getting the Sula, the demon returned with larger strength to attack the innocent crowd. Again, the devas requested Shiva to save them, another time Nandi was sent by Shiva.

But, this time Nandi could not defeat the demon because the demon had Sula (given to him by Shiva). Thus, the demon injured Nandi badly with the Sula. The wounds on the back of Nandi can be seen on his idol. Enraged by the wound of Nandi, Lord Shiva opened his 3rd eye and killed the demon. The Agoramurthy form of Shiva which can be seen in the idol is the expression of his anger. It is also said that one who worships this form (Agoramurthy) of Lord Shiva can never have enemies.

Tourist Places In And Around Thiruvenkadu

All the 8 Navagraha Sthalas are situated close to Thiruvenkadu (which is one amongst the nine Navagraha temples or Sthalas). Thirunallar (for Saturn or Lord Shani), Kanjanoor (for Venus or Lord Sukra), Suryanar Koil (Sun or Lord Surya), Thirunageswaram (Lord Rahu), Thingalur (for Moon or Lord Chandran) and Keezhperumpallam (Lord Ketu) are located in close proximity to Thiruvenkadu.

The climate is on the warmer side in Thiruvenkadu. The best time to visit Thiruvenkadu is from Oct-March.