Poompuhar - Bustling Port City Of The Days Of Yore 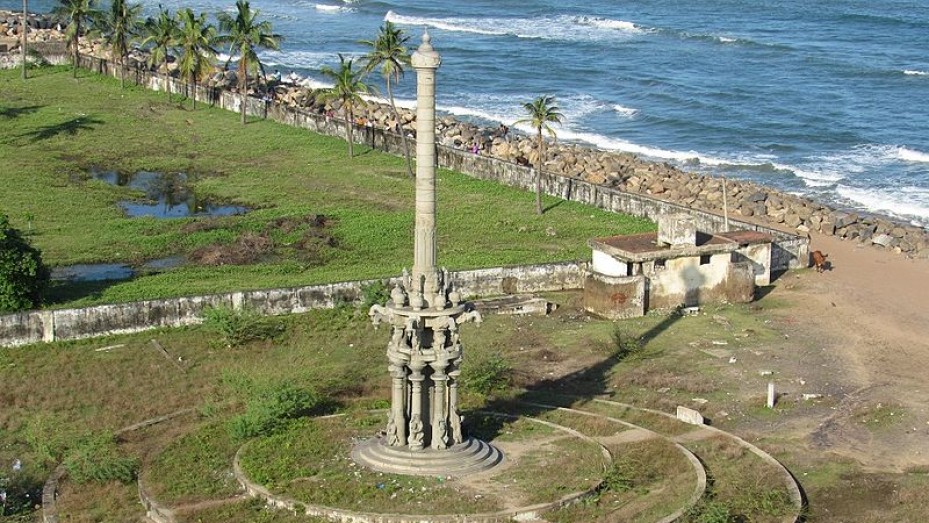 Poompuhar, or Puhar as it is otherwise known, is a town in the Nagapattinam district of Tamil Nadu. It was famous in ancient times as a bustling port known as Kaveripoompattinam. It was also the temporary capital of the Chola dynasty that once ruled over Tamil Nadu. Poompuhar is located close to the spot where the river Cauveri flows out into the sea.

Most of the original town was destroyed in 500 AD, apparently by a Tsunami. Even so, several important terracotta figurines and pottery from ancient times have been discovered from Poompuhar. It is also known to be the oldest inhabited area in Tamil Nadu. Poompuhar of today is a bustling town of some 86,000 men, women and children.

Tourist Places In And Around Poompuhar

The Silappathikara Art Gallery is a 7-storeyed structure dedicated to the Tamil epic, Silappathikaram. It is a must visit once you are at Poompuhar. Danish Governor Bungalow, Town Gateway, the Poompuhar Beach and the Zion Church are other tourist hotspots of the place.

Poompuhar, being a coastal area, experiences a hot and humid climate for most of the year. Summers get extremely hot, but the winter season which is from December to February has a cooler climate than the rest of the year; this is the best time to visit Poompuhar.