Kanchipuram - The City Of Temples 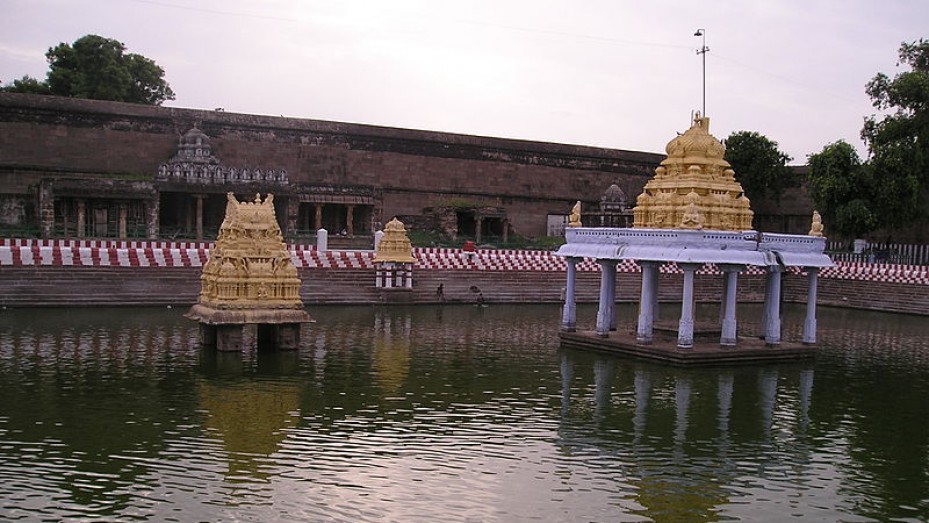 Kanchipuram is perhaps the oldest city of Tamil Nadu that has still managed to retain its old-world charm. The city is famous for not only its temples but also for having been the capital city of the Pallava kings. Even today the city is sometimes called by its old names of Kanchiampathi and Conjeevaram.

Foreign tourists know Kanchipuram as the The City of Thousand Temples. The city is easily accessible since it is located just 72 kilometres from Chennai, the capital of Tamil Nadu.

Kanchipuram is a revered city for the Hindus since it is among one of the seven holiest places that every Hindu should visit during their lifetime. According to Hindu mythology, moksha or salvation can be attained by a visit to all of the seven holy places. The city is a sacred place for the devotees of Lord Shiva as well as Lord Vishnu.

There are many temples dedicated to Shiva and Vishnu in the city of Kanchipuram. Among these temples the more popular ones are the Varadharaja Perumal Temple dedicated to God Vishnu and Ekambaranatha Temple which, is one among the Panchabootha Sthalams or the five temples of Shiva representing the five elements.

Tourist Places In And Around Kanchipuram

This holy city is visited all through the year for its famous temples, like the Kamakshi Amman Temple, the Ekambareswarar Temple, the Devarajaswami Temple and the Kailasanathar Temple, to name a few.

Legend has it that the city got its name because of the numerous Lord Vishnu temples that are built within the city premises. “Ka” stands for Lord Brahma who is believed to have “anchi” or worshipped Lord Vishnu in this city, thus, giving the place the name of Kanchipuram. However, there are many Shiva temples also in the city. The west side of Kanchipuram is called Siva Kanchi because it has the maximum number of Shiva temples and the east side of the city is called Vishnu Kanchi.

The other famous temples of Kanchipuram are the Kailasanathar Temple, the Kamakshi Amman Temple, the Kachapeshwarar Temple and the Kumara Kottam Temple.

A Combination Of Holy And History

History buffs will certainly love Kanchipuram since the city has a glorious historical past. The Pallava kings made Kanchi their capital between the 3rd and the 9th centuries. The Pallavas put in a lot of effort and money to make the city worth being their capital.

They built strong roads, building structures, ramparts as well as wide moats in and around the city. The Pallavas traded with Chinese traders and the city of Kanchipuram is mentioned in a travelogue by Chinese traveller, Xuanzang who came to the city sometime in the seventh century. In his travelogue, he writes that the city had brave, kind and learned people who also believed in social justice.

In the 11th century the Chola kings took over the reign of Kanchipuram and ruled the city until the 14th century. The Cholas did not make Kanchi their capital but it was an important city even then. In fact, the Chola Kings carried out lot of construction in the city and even started expanding it towards the eastern side. From the 14th century until the 17th century, the Vijayanagara dynasty had political control over Kanchipuram.

Sometime towards the end of the 17th century, the Marathas took over the city but soon lost it to Aurangzeb, the Mughal Emperor. With the advent of French and British traders to India, the city was soon under the control of the British Empire and was ruled by British General Robert Clive.

This rich historical past of the city is still visible to the modern travellers. Influences of different cultures can be seen in the art and architecture of the various constructions within the city. Today, the city is as famous for its temples as it is for its perfect amalgamation of the different Indian as well as western influences.

Kanchipuram silk sarees are acclaimed across the world, the silk thread interwoven with gold zari, was not only the favourite of the women of the glorious past, but also of the modern times. It is not only an adored aspect of Indian clothing, especially in South India, but is also a traditional and cultural aspect of the Tamils.

How To Reach Kanchipuram

Kanchipuram is connected with the rest of the country via road and trains. The nearest airport is at Chennai.

The weather in Kanchipuram oscillates between hot summers and pleasant winters.

Kanchipuram is Famous for

How to Reach Kanchipuram