Krishnagiri – The Land Of Black Hills 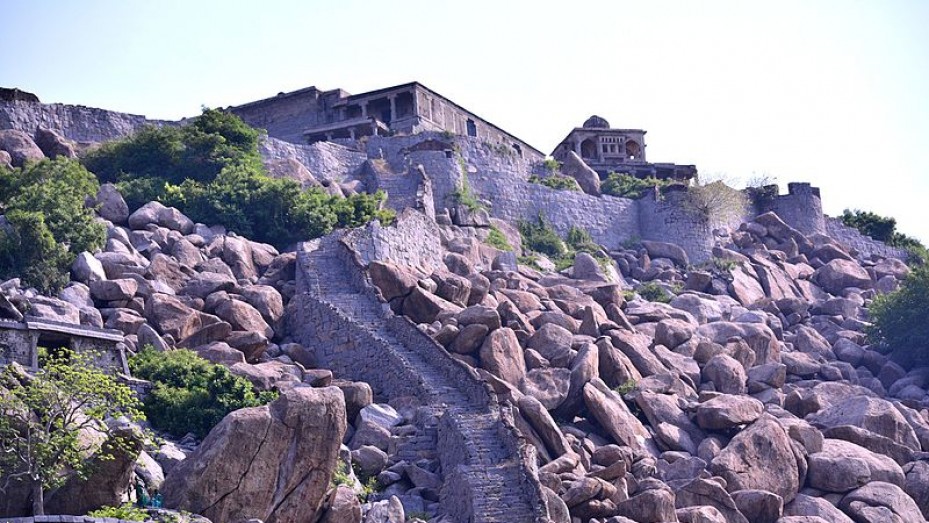 Krishnagiri, the 30th district of Tamil Nadu, India, owes its name to the numerous black granite hillocks that are a part of the landscape. With a surface area of about 5143 sq km, Krishnagiri as a travel destination has a lot to offer. While the KRP Dam is the most popular tourist attraction, Krishnagiri houses several other archaeological sites, temples, parks, forts and memorials amidst breathtaking nature.

Mango, colloquially known as the King of Fruits, is one of the largest crops in Krishnagiri district. Santhur village, home to over a hundred and fifty mango nurseries truly is the capital of mango cultivation in Tamil Nadu and the large groves of mango are a soothing sight for city-weary eyes.

Tourists may find themselves in the midst of a treasure trove of ripe and juicy mangoes during harvest season. Krishnagiri annually hosts the mango exhibition, during which visitors and farmers may get introduced to the technological advancements in farming practices. While the exhibition is work for farmers and producers, it provides a photo opportunity for photo enthusiasts like no other. Innumerable varieties and the myriad colours of mango on display truly renew respect for nature. For those who love eating the fruit, the mango exhibition is a feast that cannot be duplicated.

Of Forts And Temples – Tourist Places In And Around Krishnagiri

Krishnagiri, much like the rest of Tamil Nadu, is a spiritual retreat for people of different faiths. Ancient temples break the landscape of Krishnagiri frequently. The land was ruled variously by the Nulambas, Cholas, Gangas, Pallavas, Hoysalas, Vijaynagar and Bijapur emperors, Wodeyars of Mysore and Nayaks of Madurai. Each ruler built places of worship unique to the time and reigning architectural and spiritual practices.

The Subrahmanya Temple is renowned for the kavadi attam, a dance performed by devotees during the ceremonial worship of Lord Murugan. It is performed during the festival of Thaipusam. Dharmaraja temple in Oldpet annually hosts Bharatham, a recitation of the Mahabharata. The temple is also the venue for Terukkuttu, a Tamil street theatre form practiced in Tamil Nadu. Terukkuttu is an ancient ritual that is also an entertaining medium of social instruction.

The ancient and the modern are peace-loving neighbours in Krishnagiri. Modern buildings, industries coexist naturally in a small district that has something to offer for everyone. While on one side people religiously flock to places of historical and spiritual significance, granite and mango processing industries amidst many others provide employment to the residents.

Krishnagiri, a microcosm of India, is a constantly evolving land, a journey whose destination keeps shifting. The KRP Dam, currently undergoing expansion is an example of the constant betterment and evolution. Along with the KRP Dam, the Kelavarapalli Reservoir Project is a picturesque spot frequented by tourists and residents alike.

On September 12th 2008, Krishnagiri was witness to meteorite showers that bewildered and intrigued locals and outsiders due to its resemblance to a bomb attack. The meteorite shower was accompanied by thick black smoke and screeching noises causing many villagers to speculate if they were victims of an accidental bomb attack or a terrorist attack.

The villagers reported seeing fiery trails descending from the sky dangerously close to their homes. The meteorite impact left craters that were 3 feet deep and 5 feet wide. With the publication of the analysis results in the database of the Meteoritical Bulletin, the Hosur meteorite shower was renamed the Sulagiri meteorite. The area maybe of interest to those who keenly follow the trails of extraterrestrial bodies and the craters they leave behind.

How To Reach Krishnagiri

Krishnagiri is well connected by rail and road.

Krishnagiri is Famous for

How to Reach Krishnagiri