Mysore - A Look At The Cultural Capital 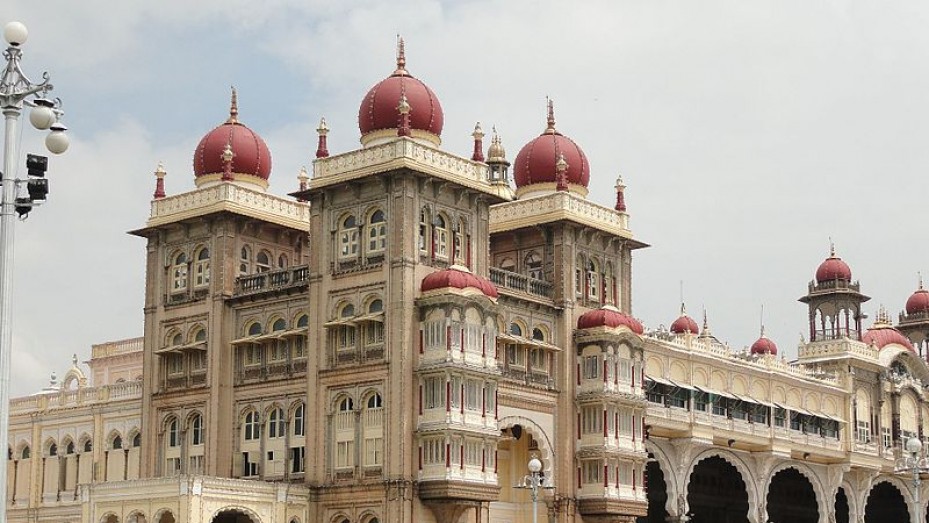 Mysore, the cultural capital of Karnataka and the second largest city in the state is a famous tourist destination in South India known for its opulent and royal ambience. The old world charm of Mysore city along with its well-manicured gardens, heritage mansions and shady avenues leaves an everlasting memory in the minds of its visitors.

According to a nationwide exercise conducted by the Union Urban Development Authority in the year 2010, Mysore was declared the 'second cleanest city' in India and first in Karnataka. The aroma of sandalwood, rose and other fragrances that linger in the atmosphere of Mysore has earned Mysore the title of being the Sandalwood City.

The city is also known as the 'Ivory city' and the 'City of Palaces' among the masses. Mysore, often termed as the 'City of Yoga', is one of the most visited Yoga centres in India. The Astanga Yoga programs offered from Mysore attracts lots of yoga enthusiasts from within India as well as abroad.

Visitors to Mysore often get enchanted by the distinct Mysore culture, which can be seen reflected in their traditions, arts, crafts, cuisine and lifestyle. The city is truly cosmopolitan in nature as its population consists of people from all religions and all facets of life. Mysore City, the administrative headquarters of the Mysore District, offers a plethora of attractions to its visitors.

These attractions range from heritage monuments such as palaces to ancient temples, museums, lakes and gardens. Mysore has been aptly termed as the 'City of Palaces' due to the number of palaces situated within the city. Mysore Palace or the Amba Palace is the most important palace in the city, which is also regarded as the most visited monument in India.

Tourists flock to Mysore to visit its nearby destinations too, as some of the destinations around Mysore are Srirangapatna, Nanjangud, Shivanasamudra Falls, Talakadu, Melkote, Somanathapura, Halebid, Belur, the Bandipur National Park, Shravanabelagola and Coorg/Kodagu.

The suburbs of Ramnagar offer an excellent opportunity for rock climbers. Some other prominent rock climbing options in the vicinity of Mysore are Savandurga, Kabbaldurga, Tumkur, Turahalli and Kanakapura. The rock formations at Badami and Hampi also attract rock climbers visiting Mysore city.

Biligirirangana Hills, Chikmagalur, Hassan and Kodagu are the favourite destinations of trekkers whereas anglers visit the Cauvery Fishing Camp, situated in the outskirts of Mysore. The Nagarhole Rajiv Gandhi National Park, B R Hills Sanctuary and Ranganathittu Bird Sanctuary are havens for bird watchers.

Mysore City is also renowned for its ivory work, rich silks, sandalwood products and wood carvings. Mysore Dasara, the ten-day festival, is the most famous occasion in Mysore which is celebrated with great pomp and gaiety by the people of Mysore.

Of Legends A nd Mythology

As per the Devi Bhagavatha, Mysore was ruled by the demon King Mahishasura in the ancient times, and his rule imparted the name 'Mahisha-ooru' to the region. The demon was killed by Goddess Chamundi, the patron goddess of the region, who is said to reside in the Chamundi Hills situated towards the east of the city. 'Mahisha-ooru' became Mahishuru', which was shortened again to form Maisuru in Kannada. This name was later anglicized to Mysore.

Mysore was a prominent region during the time of King Ashoka, according to remarks that can be found in the ancient literatures from 245 BC. Significant historic records of Mysore, however, can be found since the 10th century AD. As per these records, Mysore was ruled by the Ganga Dynasty during the 2nd century AD till 1004.

The Hoysalas built several temples in Mysore and also expanded the existing ones. The Mysore Yadu dynasty, the feudatories to the Vijayanagara Empire, became the rulers of Mysore in 1399 AD. The Yadu Dynasty, which was believed to be the successor of Yadava Dynasty, along the course of time, became the Wodeyar Dynasty.

Bettada Chamaraja Wodeyar rebuilt the fort of Mysore in 1584 AD and made it his headquarters. He shifted his capital from Mysore to Srirangapatna in 1610. Mysore was ruled by Hyder Ali and Tipu Sultan during 1761 to 1799. After the death of Tipu Sultan in 1799, Mysore again became the capital of the Wodeyars.

It was the excellent planning of Krishnaraja Wadiyar IV (1895-1940), which transformed Mysore into a beautiful city with wide roads, imposing buildings and gardens and lakes.

Situated at an average altitude of 770 m above the sea level towards the south of Karnataka in between the rivers Kaveri and Kabini, Mysore offers a moderate climate to its visitors.

How To Reach Mysore

Located at a distance of about 140 km from Bangalore, Mysore can be easily accessed by both roads and rails. The Mysore Airport or the Mandakalli Airport is a domestic airport and it operates regular flights to many Indian cities. With its vibrant streets and its rich history, Mysore is truly Karnataka's cultural capital.

Mysore is Famous for

How to Reach Mysore