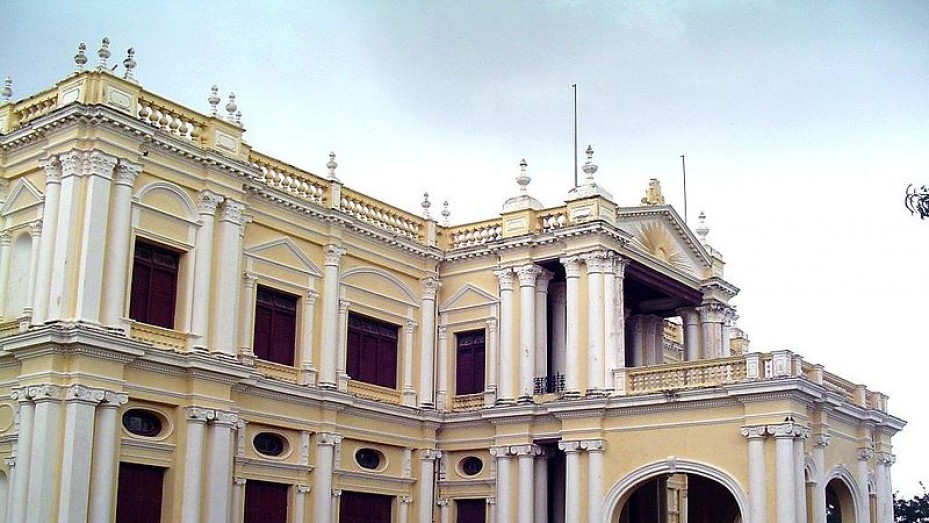 Travellers are 'recommended' to visit Jayalakshmi Vilas Mansion, one of the most beautiful heritage buildings of Mysore. This mansion is bounded with beautiful greenery of Manasagangothri, the campus of the Mysore University and is situated on the western side of Kukkarahalli Kere (lake) on a hillock.

Jayalakshmi Vilas Mansion was erected in the Krishnaraja Wodeyar IV period for the eldest daughter of Maharaja Chamaraja Wodeyar, Princess Jayalakshmi Ammani in the year 1905. It is said that the mansion cost Rs.7 lacs when it was built and later in 2002 the building was renovated that cost Rs.1.17 crores. The mansion was again inaugurated in 2006 by the Karnataka Governor.

The restored mansion sprawls over 6 acres and has entrances on each side. It houses 300 windows, 125 rooms and 287 elegantly carved doors along with some of the invaluable artefacts. This mansion is erected using timber, iron, brick and mortar.