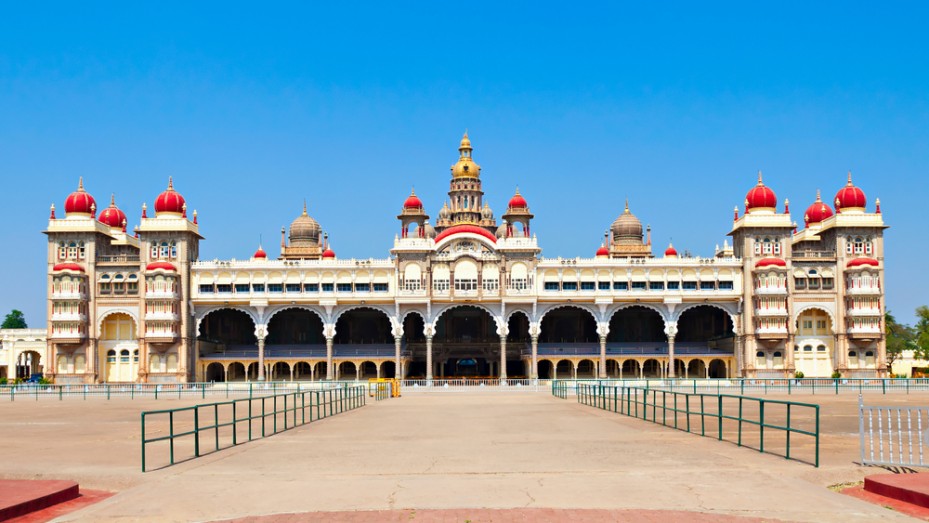 Mysore Palace, also known as the Amba Vilas Palace, is a must visit for travellers in the city of Mysore. The palace displays Indo-Saracenic, Dravidian, Roman and Oriental styles of architecture. Grey granite that consists of three pink marble domes is used for constructing this three-storey palace. Along with the palace, there is a 44.2 m high five-storey tower where domes are crafted from gold. What's more, while it happens to be one of the most visited tourist attractions in the world, this beautiful palace also holds the privilege of being listed by the New York Times as one among the 31 must-visit places on earth!

Tourists can enter the palace via Gombe Thotti or Doll's Pavilion, where a group of dolls, dating back to the early 19th and 20th centuries, is present. Apart from this, there is a wooden elephant howdah that is decorated using 81 kg gold. At the front of Gombe Thotti, seven canons are used for marking the commencement and completion of Dussehra, a festival where a 200 kg gold throne is displayed in public.

Visitors can also see the rooms that are dedicated to royal costumes, portraits and jewellery. The walls of this palace are embellished with paintings of Siddalinga Swamy, Raja Ravi Varma and K. Venkatappa. Constructed between 14th and 20th centuries, Mysore Palace has twelve temples showcasing various styles of architecture.