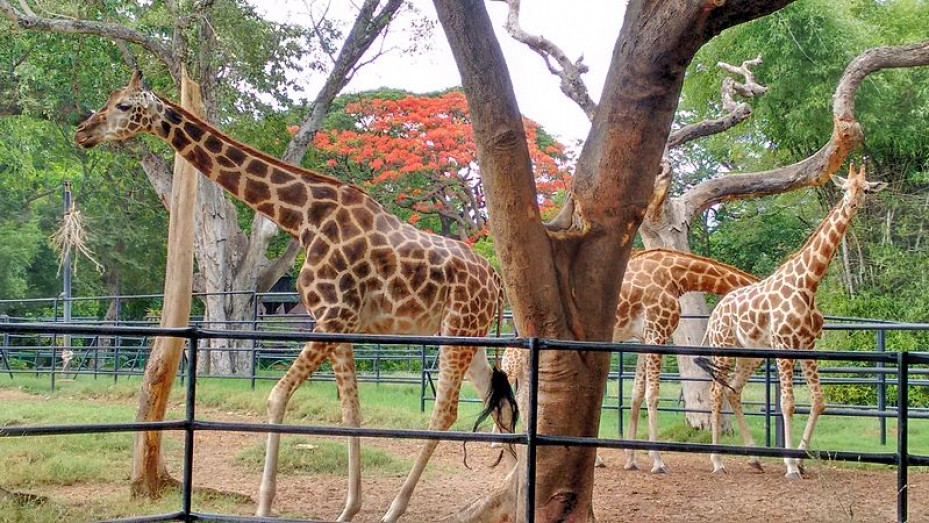 Travellers are recommended to visit Mysore Zoo while heading to the city. Mysore Zoo was constructed in 1892 by Maharaja Chamaraja Wodeyar and is counted among the best zoological gardens of India. Sprawling over a vast area of 250 acres, this zoo is home to various rare and unique species of mammals, reptiles and birds.

This zoo was initially named the Palace Zoo and was visited by the royal families. However, Maharaja Chamarajendra Wodeyar later allowed the entry of common people as well. In 1909, the zoo was renamed as Sri Chamarajendra Zoological Gardens.

Mysore Zoo is used for a captive breeding programme in order to increase the population of endangered species, along with other conservation initiatives. Elephants calves, young apes, gaur and leopards and tigers cubs are some of the animals that can be seen at the zoo. This zoo is also known for the breeding of many species, such as barbary sheep, zebra, giraffe, emu, chimpanzee, hippo, kangaroo, tiger and sangai. Tourists can also see rare species including mouse deer, four-horned antelope, caracal, civet, Nilgiri langur, chinkara, binturong, leopard and others at this zoo.