Bijapur - Reflections Of A Rich Heritage 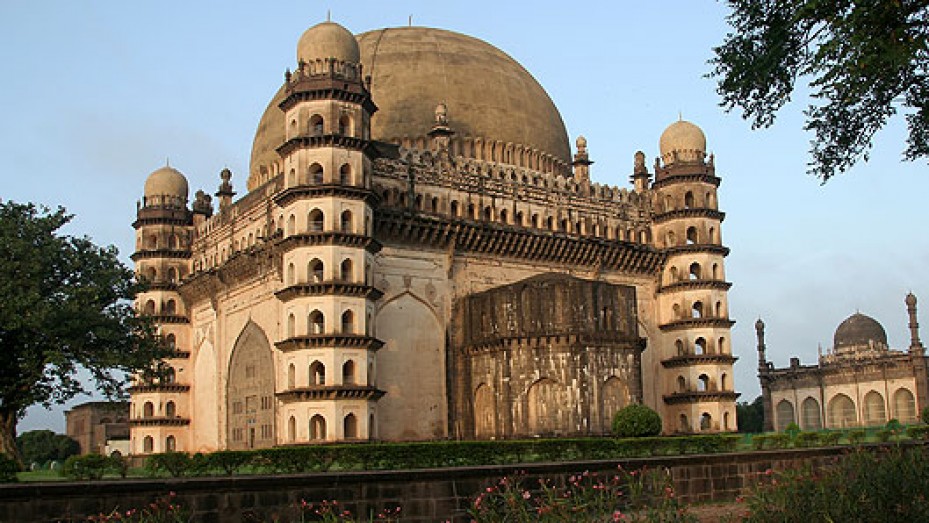 Bijapur is a place that is redolent of the past. The architecture of the city and its innumerable monuments tell tourists the story of a city that once had a rich culture and heritage. It is located at a distance of 521 km from Bangalore and time may have stripped much of Bijapur's splendour, but its mosques, minarets and forts still stand testimony to a grand past.

The Region's History And More

A peek into history tells us that Bijapur owes much of its glorious past to the Adil Shah dynasty. Yusuf Adil Shah founded the independent city of Bijapur in 1490 and a succession of kings added to his legacy to build some magnificent architecture.

Any mention of Bijapur would be incomplete without referring to the Gol Gumbaz. The tomb of Adil Shah, the Gol Gumbaz is a grand tomb, second in size only to St Peter's Basilica. Other important monuments include Malik-e-Maidan, one of the world's largest medieval cannons, the high tower of Upli Buruj and Chand Bawdi, the huge city tank with a capacity to hold 20 million liters of water.

The city also has remnants of an ancient citadel, fort and a sprawling outer city with tombs, mosques and other structures. The Mughal influence is juxtaposed by the towering Chalukya temples of Aihole, Pattadakal and Badami which are located close to Bijapur.

How To Reach Bijapur

Bijapur is well connected to the rest of the country. The nearest airport is Belgaum, while there are trains to Bangalore and Goa.

October to March is the ideal time to explore the beauty of Bijapur.

Bijapur is Famous for

How to Reach Bijapur