Namakkal - The Land Of Gods And The Kings 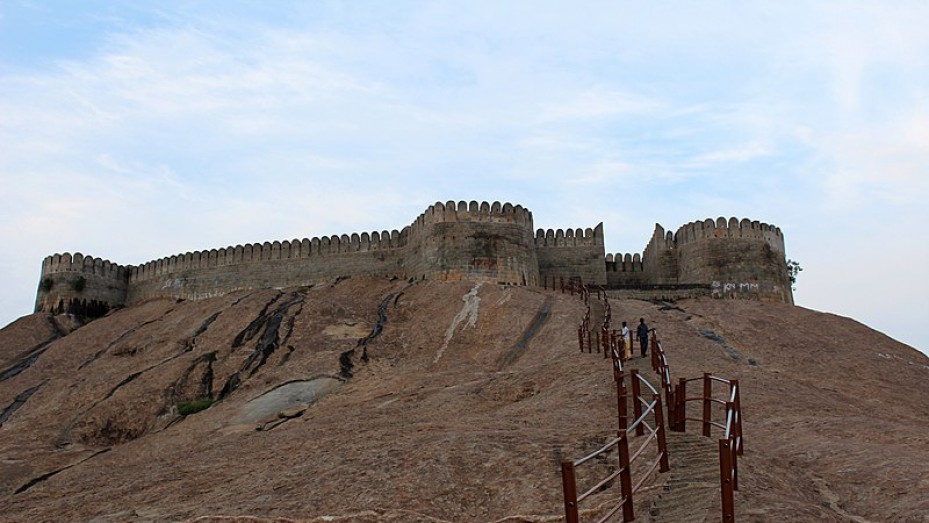 A city and an administrative district, Namakkal is one of the most popular tourist destinations of the southern part of India. Located in Tamil Nadu, Namakkal offers a wide range of attractions to people from varied interests. The city is renowned for its well-maintained infrastructure and environment. It is famous as a historical city, an educational city, a poultry city and transport city.

It officially became a district in 1997 after it was separated from Salem district. The history of Namakkal dates back to the 7th century.

Tourist Places In And Around Namakkal

Namakkal has many temples and shrines for a tourist to offer for a visit. The Anjaneyar Temple, Narasimhar Temple, Koolippatti Murugan Temple, Thathagiri Murugan Temple, Thiruchengodu Ardhanareeswarar Temple and Muthugapatty Periya Swamy Temple are some of the famous atrractions.

The Namakkal Dhurgam Fort is another tourist hotspot. The Rockfort and Naina-Malai are other popular tourist hubs.

A Peep Into The History...

The city derives its name from Namagiri, which is a single rock formation at the centre of the city. Namakkal was a part of Kongu Nadu region of Tamil Nadu. The city was ruled by King Gunaseela of Adiyaman clan. It has numerous historical relics such as the Ranganatha Swamy Temple and Narasimha Swamy Temple built by King Gunaseela.

His marriage relations with the Pallava Dynasty resulted in the architectural influence. Later the kingdom was overrun by the Cholas and followed by the Hoysalas till the 14th century. This was followed by the Vijaynagar Kings, Madurai Nayakas, Sultans of Bijapur, Golkonda Mysore Kings, the Marathas, Hyder Ali and finally by the British. Each of these rulers had left their mark on the region's culture.

Like the rest of South India, Namakkal experiences severe summer climate; hence, the best time to visit the city is after the monsoons, during the months of October to March when the temperature is moderate.

How To Reach Namakkal

Namakkal is located close to many major cities; hence, travelling to Namakkal is not difficult. It is well connected by road. Namakkal certainly is a must-visit destination for every traveller.

Namakkal is Famous for

How to Reach Namakkal