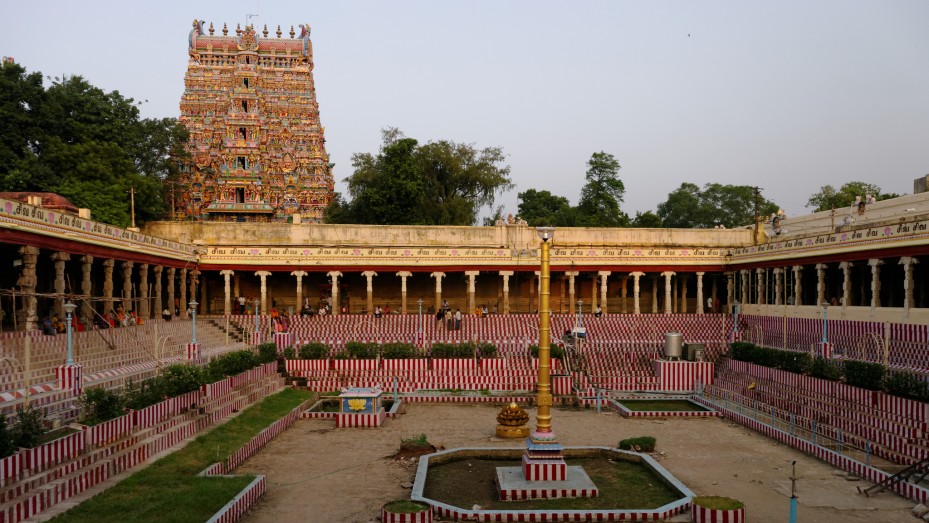 Madurai is the second largest city of the South Indian state, Tamil Nadu. This temple city is situated on the banks of the river Vaigai and has been one of the oldest cities to be inhabited. In the north of the city lies the Sirumalai hills and in the south lies the Nagamalai hills.

Madurai gets its name from the word “madhura” meaning sweetness which arises from the divine nectar that Lord Shiva is said to have showered upon the city.

Madurai is also known by various other names, such as the City of Four Junctions, Athens of the East, City of Festivals, Lotus City and Sleepless City. Each of these names reflects a side of the city. The city is called the Lotus City because it has been built in the shape of a lotus. While the name Sleepless City comes from the fact that the city has a 24X7 work culture.

The city has several restaurants that run for almost 24 hours and the transport of the city operates almost throughout the night.

What To Do In Madurai – Tourist Places In And Around Madurai

The city of Madurai is known for the varied presence of many cultures and religions. Relics of different religions make it a very important pilgrim destination. Meenakshi Sundareswarar Temple, Goripalayam Dargah and St. Mary’s Cathedral are the most famous religious sites here.

Jallikattu is a famous historical sport which has been an integral part of the festival of Pongal, during which, Madurai attracts a lot of tourists.

A visit to Madurai is incomplete without shopping for silk saris, woodcarvings, khadi cotton and statuettes.

A Glimpse Into The History

Madurai’s history goes way back to the 1780 BCE, when the Tamil Sangams were held in the city. The name of the city has been mentioned in the works of several classic scholarly works by Megasthenes and the Arthashastra by Kautilya. Till the 6th century, the city was ruled by the Kalabhras.

Post the Kalabhras, the city has seen the rise and fall of several kingdoms, such as the Early Pandyas, Later Pandyas, Medieval Cholas, Later Cholas, Madurai Sultanate, Madurai Nayaks, Chanda Sahib, Vijayanagar Empire, Carnatic kingdom and the British. The city came under the British in the year 1801 as part of the Madras Presidency. The city played a significant part during the Independence movement of India.

Leaders, like NMR Subbaraman, Meer Ibrahim Sahib and Muhammad Ismail Sahib, lived in the city of Madurai. In fact, it was the agricultural labourers of the city that inspired Mahatma Gandhi to discard his trousers and wear loincloth.

How To Reach Madurai

The transportation system of Madurai is very well connected to the rest of the country. Madurai Airport is connected to cities like Delhi, Chennai, Mumbai and Bangalore. Chennai is the closest international airport to the city. Madurai's railway network connects to cities like Mumbai, Kolkata, Mysore, Coimbatore and Chennai. Madurai also has regular bus services to cities, like Chennai, Bangalore, Coimbatore, Trivandrum, to name a few.

The weather of Madurai is mostly hot and dry. However, the best months of the year to visit the place is between October and March. The temperature is cool and pleasant during this time of the year and is suitable for tourists to visit Madurai. It makes the trip a pleasure and one can have a good time visiting temples and sightseeing.

Madurai is Famous for

How to Reach Madurai