Courtallam - The Land Where The Water Flows 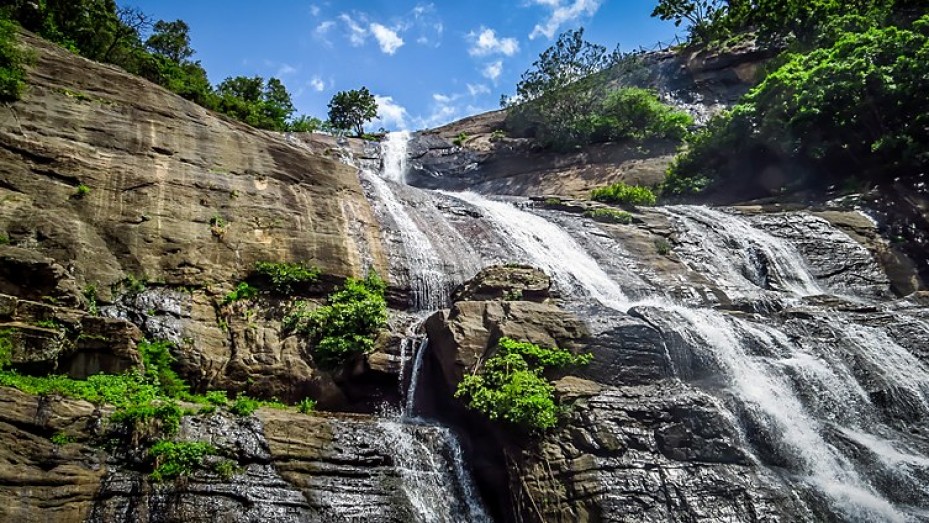 Courtallam, popularly known as the ‘spa of the south’ is a township located in the Tirunelveli district of the South Indian state of Tamil Nadu. Situated at a height of 167 metres on the Western Ghats, Courtallam derives its popularity as a spa from the fact that it houses numerous health resorts and clinics and waterfalls, which are said to have medicinal properties.

The numerous waterfalls and rivers enhance the scenic beauty of the place, making it one of the most popular tourist destinations today.

Tourist Places In And Around Courtallam

Other attractions around the area are Therkumalai Estate, the Boat House located close to the Aintharuvi, and Pazhaya Courtalla Aruvi, the Snake house and aquarium located near the Peraruvi and several parks for children.

There is a famous legend associated with the town. It is believed that Saint Agasthiyar was sent by Lord Shiva to the south to control the devotees thronging to his celestial wedding, which was taking place at Kailasa Mountain. Most of the temples of Courtallam are dedicated to Lord Shiva, and the temples have several stories of the Chola kings and Pandya kings inscribed in them.

Courtallam has emerged as a popular tourist destination in the recent times, which has resulted in a number of world-class resorts emerging in the area. However, it is advisable to do an advance booking, especially during the peak seasons. The town is close to both Kerala and Tamil Nadu and can be easily accessed from both these states.

The best time to visit the town is during the monsoons and winter in the months of July to March. The summers are hot and dry, hence the waterfalls, which are the major attractions of the place, also dry up. The monsoon months are very pleasant and so is the winter. The drizzle and breeze during the monsoons are an added attraction, making this period of the year the peak time to visit the town.