Dindigul - The City Of Food And Fort 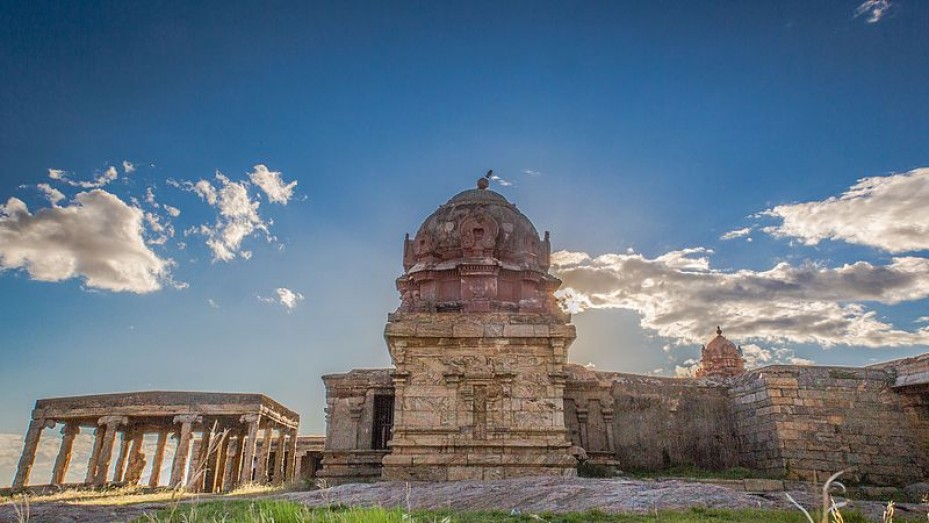 Dindigul is a city located in the state of Tamil Nadu. Dindigul derives its name from the words ‘Thindu’ which means pillow and ‘kal’ which means rock. It refers to the bare hills which overlook the city. The city is located between the Palani Hills and the Sirumalai Hills and is a bed of fertile land apt for agriculture.

Dindigul is surrounded by many districts and cities. On its north are Kari and Erode districts, on its south lies Madurai and on its west lies Tiruppur and Kerala. The city of Dindigul is popular by various other names such as Biryani City, City of Locks and Textile and Tannery.

Tourist Places In And Around Dindigul

Apart from the majestic fort, there are also a few temples and holy rivers that can be visited in Dindigul. N Panjampatti which is located at a distance of 7 km away from Dindigul is also a must visit. There is also a 300 year old Roman Catholic Church which is worth a visit. Moreover, the Christ the King Church and the St. Joseph Church are other important churches of the city.

Another attraction is the meeting point of the rivers Vaigai, Maruda and Manjalaru which has become a popular pilgrimage site close to the city. Trekkers can take a short trek to the small hill of Mala Kottai which is located in the city. Chinnalapatti is another favourite place of visitors.

The cuisine of Dindigul is also famous all over Southern India. Dindigul is famous for its Biryani and is in fact also known as the Biryani City. Several other varieties of food are also popular in Dindigul which must not be missed during ones travel to the city.

History Of The City

The most famous historical landmark of Dindigul is the Rock Fort which is located atop a hill. The construction of the fort was started by king Muthu Krishna Naicker of Madurai in the year 1605 and completed in 1623 to 1659. In the year 1755, Hyder Ali, his wife and his son Tipu Sultan came to Dindigul.

Tipu Sultan ruled the fort from 1784 to 1790. In 1784, Tipu Sultan’s commandant renovated the fort to construct several rooms and strengthen the walls. The English defeated Tipu Sultan in the Mysore War of 1790, and the fort came under them.

How To Reach Dindigul

Travelling to Dindigul is easy. There are a number of options for travellers wanting to visit the city. The closest airport to Dindigul is in Madurai, and the closest international airport is Chennai. The railway station in Dindigul is well connected to the towns and cities of Tamil Nadu. For local travel, auto rickshaws and taxis are easily available.

The summers in Dindigul are hot and humid as the city experiences a tropical climate. The best time of the year to visit Dindigul is therefore during the monsoons and the winters when the weather is mild and pleasant. The temperatures are favourable for travelling and site seeing. Thus, Dindigul is best visited during the months of September to March.

Dindigul is Famous for

How to Reach Dindigul