Karaikudi – The Pride Of Chettinad 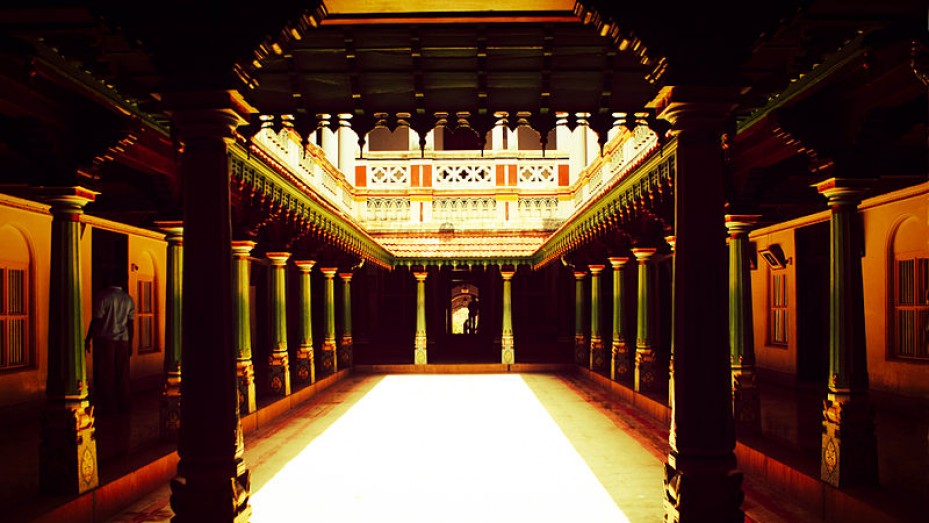 Karaikudi is a municipal town located in Sivaganga district of the state of Tamil Nadu. The place is the most famous in the entire municipality because it is also the largest town in the district. It is part of the Chettinad region that includes a total of 75 villages. The town is on the highway that connects Trichy and Rameshwaram. It is a well-known town in this southern state of India mainly because of the style of houses that is unique to the place. The houses in this town are constructed using the limestone that is called "karai veedu" in local language. Some people also believe that the town got its name from the plant of karai, which is found in abundance in the place.

Karaikudi was earlier counted in the Ramanathapuram district and achieved the status of a municipality in 1928. Unfortunately, not much is known about the history of Karaikudi and according to locals the place was established in the 18th century since the oldest known temple in the town dates back to 1800 AD.

It is a well-known fact that the family of Chettiars was instrumental in developing the town of Karaikudi. Even today, the Chettiar community makes the majority of the population of the town. They are into trade and commerce ever since the establishment of Karaikudi. They have helped shape the town and brought it into prominence by building educational institutes, funding banks, constructing temples and celebrating festivals in the traditional ways. They have also taken upon them the onus of bringing social reforms.

To make Karaikudi self-sufficient in every way, Vallal Alagappar, who belonged to the Chettiar family, established the Alagappa University in the place and this university has a good nationwide ranking. Many people from in and around the town of Karaikudi come to the place for engineering. The university is considered as one of the best engineering colleges in the country. Lately, other courses including B.Tech have been added to the curriculum of the university. Apart from the engineering courses, the university also has courses in arts, fine arts, sciences as well as humanities.

Tourist Places In And Around Karaikudi

The places worth visiting at Karaikudi are Kannudayahayagi Temple, the Koppudai Amman Temple, the Meenakshi Sundareswarar Temple and the Chettinad Palace.

Importance Of Karaikudi In Tamil Nadu

Apart from the lure of watching a film being shot, tourists are attracted to the place because of the lip-smacking dishes that are part of the local cuisine of Karaikudi. The famous classification of local cuisine, Chettinad, derives its name from the Chettiar Kings who played an important role in the establishment as well as development of the town. The other name for Chettinad cuisine is Karaikudi cuisine. Locals refer to the cooking of Chettinad dishes as "achi samayal". The dishes are prepared using a variety of spices and herbs and the cooking method employed for making these dishes is also very unique.

One must not leave the place without trying out local dishes like cheeyam, kandharappam, llandhosai, masala paniyaram, velliam paniayaram and thaalicha idiyappam. Snacks like the murukku vadai, seepu cheedai, thattai, porulvilanga urundai, karuppatti paniyaram, kuzhal, seedaikaai, adhirasam and maa unrundai are also a must try. Many local shops as well as restaurants keep a stock of the locally prepared dry snacks that are not only tasty but also healthy. You can purchase the snacks and carry them with you.

How To Reach Karaikudi

The nearest airport is at Trichy. The city has its own railway station that is well connected with the major South Indian cities. Karaikudi can be easily reached by road as well.

Karaikudi is Famous for

How to Reach Karaikudi