Kumbakonam - The Birth Of The City Of Temples 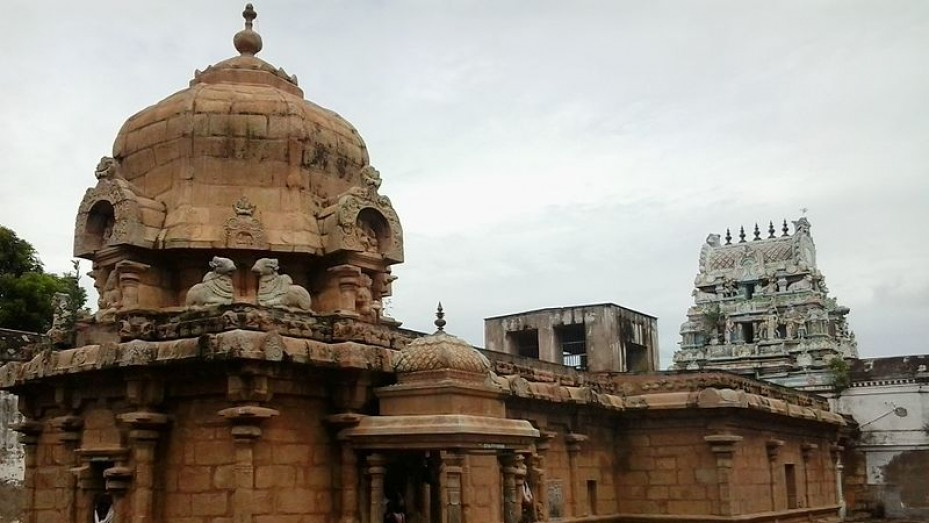 Kumbakonam, also spelt Coommbaconum, is an alluring and pleasing town located at an idyllic spot, as it lies sandwiched between two rivers running parallel to each other.

This small town is situated in the Thanjavur district of the state of Tamil Nadu with the two rivers, Cauvery and Arasalar flowing on its either sides; while Cauvery flows on the northern side of Kumbakonam, Arasalar flows on the southern side.

Kumbakonam has a very interesting past and it is believed that the town has been in existence since the Sangam period. The place has been in control of the major royal dynasties of Southern India like the Cholas, the Pallavas, the Pandyas, the Madurai Nayaks, the Thanjavur Nayaks and the Thanjavur Marathas as well.

The town gained prominence in the 7th century when the Medieval Cholas made it their capital. However, it was during the British rule that Kumbakonam reached the peak of its prosperity and prominence. The town became a significant centre of cultural and religious education earning the name of Cambridge of South India.

Kumbakonam is famously called the temple town or The City of Temples, given the number of temples that have been built in and around the town. There are believed to be 188 temples within the municipality of Kumbakonam. Another 100 odd temples have been constructed in the areas surrounding the town.

Some of the more noted temples of Kumbakonam are the Kumbeswarar Temple, the Sarangapani Temple and the Ramaswamy Temple. The celebrated Mahamaham festival is held each year in this temple town and people from all across the world make it a point to be in Kumbakonam, to attend the celebrations.

The various rulers of Kumbakonam made it a point to build several temples within the vicinity of the town during their respective rules. However, the major contributors of temples in the town are the Medieval Cholas who made Kumbakonam their capital for more two centuries.

The Kumbeswarar Temple was constructed during the rule of the Medieval Cholas in the 7th century. The temple is the oldest known shrine in the town that is dedicated to Lord Shiva.

Every ruler tried to outdo the work for his predecessor. For example, the Nayak kings built the Sarangapani temple and made it 12 storeys high. Raghunatha Nayak, who ruled the town in 16th century, got scenes from Ramayana painted on the walls of the Ramaswamy Temple.

Kumbakonam is also known to have a temple dedicated to Brahma, the Hindu god who is responsible for the creation of the universe and of life on earth. There are very few temples of Lord Brahma in the world and Kumbakonam has one of them.

Tourist Places In And Around Kumbakonam

Apart from the Hindu temples, Kumbakonam has a large number of mutts as well. The mutts are the Hindu monasteries. The famous Sri Sankara Mutt, which was initially in Kanchipuram, was moved to Kumbakonam when Pratap Singh ruled the town.

The mutt was moved back to Kanchipuram sometime in 1960s. Kumbakonam also has two Vellalar Mathas situated in the vicinity of Dharmapuram and Thiruppanandal. The Raghavendra Matha is located within Kumbakonam.

The Ahobila Mutt, which is a branch of the Vaishnavite Mathas, is also in Kumbakonam. Some of the famous temples at Kumbakonam are the Patteswaram Durga Temple, the Uppiliappan Temple, the Someswara Temple and the Kambahareswarar Temple.

Given the large number of temples and mutts situated in and around the town, it is little wonder then that the Kumbakonam is a favorite place among Hindu pilgrims.

The ideal time to be in Kumbakonam is during the winter months. Both pilgrims and tourists descend on the town at this time.

How To Reach Kumbakonam

It is easily accessible via road and by trains, thus, welcoming travellers to explore the wonders hidden in the land of temples and mutts.

Kumbakonam is Famous for

How to Reach Kumbakonam