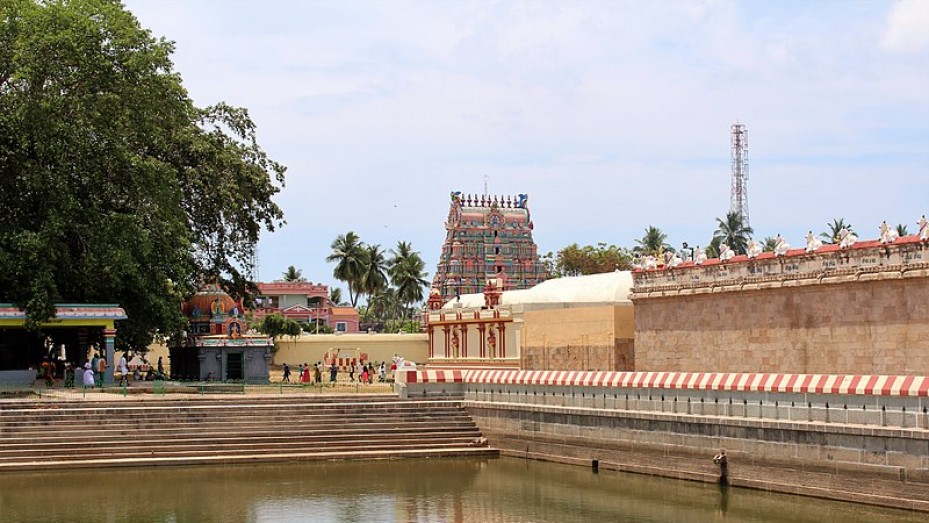 Swetharanyeswarar Temple is located in Thiruvenkadu, in the Nagapattinam district. It is the 4th Navagraha Sthalam amongst the nine Navagraha temples situated in Tamil Nadu. The temple is the home for Mercury planet (or Budha). Lord Shiva is the presiding idol and is worshipped here as Swetharanyeswarar.

Goddess Parvati is worshipped as Brahmavidyanayaki. The temple preserves a distinct sanctum for Budha, who is one among the nine Navagrahas and offers wealth and wisdom to people. The name Swetharanyeswarar is made of two words - Swetaranyam and Eshwarar. Swetaranyam can be broken into two words - Swetam and Aranyam.

At the front entrance of the temple, there is a posture of Nandi, which is another exceptional feature of this temple. It carries nine scars on its body and is placed at the doorway of the shrine of the Goddess. Its face is towards the shrine of Lord Shiva and the ears are tilted towards the Goddess; this suggests that Nandi is all set to accept the orders from the godly couple Shiva and Parvati.

The temple also contains three holy tanks or theerthams known as - Surya Theertham, Agni Theertham and Chandra Theertham. It is said that these theerthams were formed from three drops that dropped from the eyes of God Shiva during his dance act.

The engravings on the walls of this temple represent the essential historical info on Chola dynasty and other emperors of Vijayanagar. Apart from being a temple dedicated to Lord Shiva, it is thronged by people who worship Lord Budha or the planet Mercury to nullify the malefic planetary effects on one's birth chart and to invite auspicious things in life.