Vaishali - An Ode To Buddha 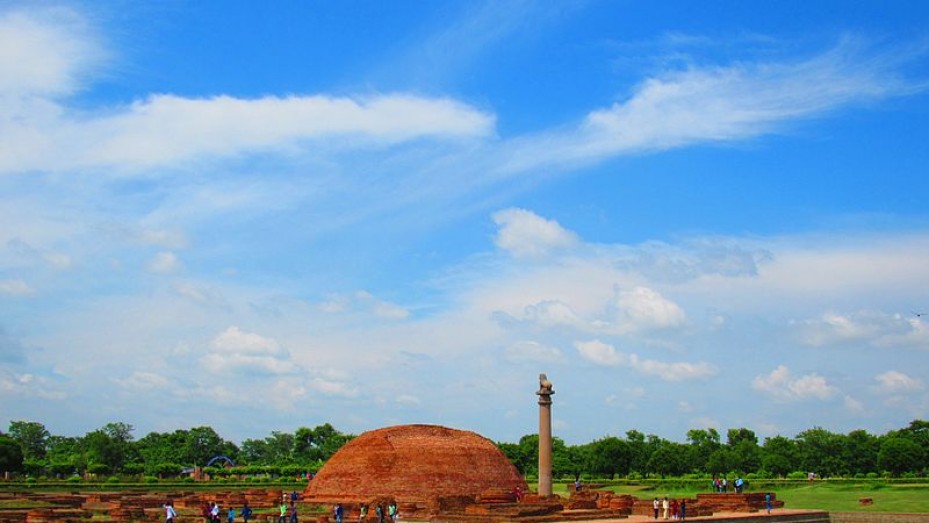 Vaishali has a strong historical footing. The city of Vaishali comes across as beautiful village surrounded by banana and mango groves and rice fields. Vaishali tourism has been known for the amazing Buddhist sites it possesses.

The city of Vaishali shall always be a cherished as a chapter of one's travel memory. Talking about the history, Vaishali has its roots in Ramayana and Mahabharata and is named after King Vishal. Even before Lord Mahavira was born, the city served as the capital of Licchavi state.

The place has a deep spiritual significance for the fact that it belonged to the republic of Vaishali, where Lord Mahavira took birth. Lord Buddha made the place memorable in more than one way. Vaishali after the hundred years of Buddha’s enlightenment hosted the second great Buddhist council.

Many historians accord the city as the status of being the world’s first republic that evolved with an elected body of representatives as early as 6th century BC. Vaishali served as an eminent hub trade. A life-size pillar erected beside a brick stupa at Kolhua commemorates Buddha's final sermon and proclamation of his forthcoming nirvana.

Tourist Places In And Around Vaishali

Vaishali is well known for Vaishali Mahotsava, which celebrates Lord Mahavira’s birthday and the Sonepur Fair which is held 35 km away from the city. Other distinguishing features of Vaishali Tourism are the remarkable Madhubani paintings, stone sculptures and local handicrafts.

These arts and crafts are appreciated by all visitors alike and can be easily purchased from authentic village shops. The local crafts of Vaishali are home-made toys and lac bangles. The Sikki work of Vaishali is a true accomplishment of craftsmanship, in which grass is used to weave beautiful baskets and mats by hand.The fresh juicy litchis of Vaishali are a treat for the taste buds.

How To Reach Vaishali

Vaishali can be reached via road, rail and air as the city is well connected by all the three mediums. The most commendable quality of Vaishali tourism is that it maintains a healthy connection with its plentiful heritage sites which tourists can witness.

The city has got a tropical climate and hence, the best time to enjoy Vaishali tourism is from October to March. Thirty-five km from Vaishali is the Lychee Capital of India, Muzaffarpur.

Vaishali is Famous for

How to Reach Vaishali