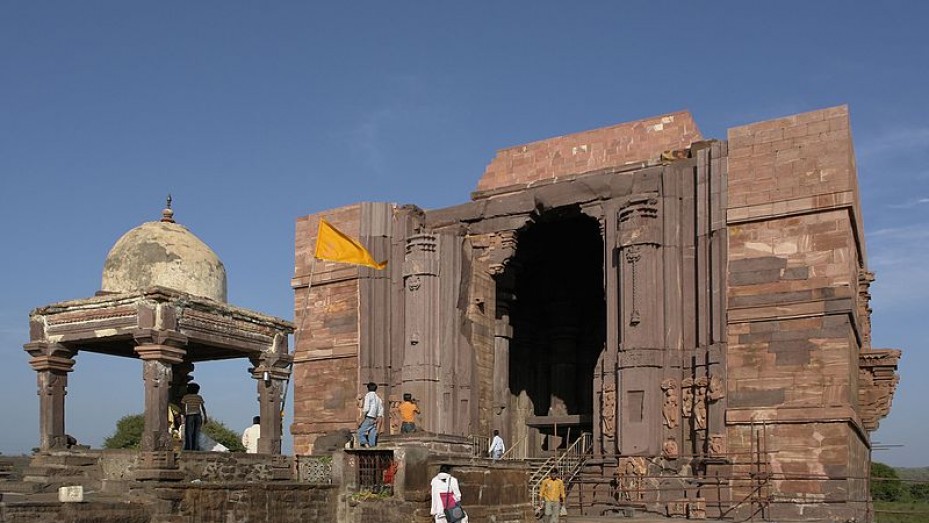 Bhojpur, the 11th-century city located on the characteristic sandstone ridges of Central India, is one of the tourist hotspots in Madhya Pradesh. The Betwa river flows beside the laidback ancient city that adds that old world charm to Bhojpur tourism. The city is at a meager 28 km distance from Bhopal, the state capital of Madhya Pradesh.

There is a breathtaking 11th-century structure consisting of two dams intelligently constructed out of massive stones in order to divert and block the Betwa river thus creating a lake. Bhojpur is named after the most illustrious ruler of the Paramara dynasty, King Bhoja.

The dams constructed under his rule are an illustrious example of Cyclopean masonry, making it a must-see location whether you are the random tourist or the architecture enthusiast.

Tourist Places In And Around Bhojpur

The Bhojeshwar Temple, popularly known as the Somnath of the East, is one of the magnificent structures one must visit in India. The ancient city will also let you marvel at the remnants of the great cyclopean dams.

Since the fact of being unfinished is what gives this ancient city a unique quality, it is interesting to visit the rock quarries where one can see hand-carved stone sculptures which never made it to a finished palace or temple. At every other historical tourist spot, you can observe ruins of ancient cities, but here lies a city which never was completed.

Yet another incomplete marvel in Bhojpur tourism is the Jain Temple. If you can venture out a little from the city, there lies Bhimbetka merely 20 km away from Bhojpur which might enthrall you with its rich group of rock shelter paintings. One of the best of its kind in the world, Bhimbetka is cited by UNESCO as a World Heritage Center.

Another place worth a visit is the city of Hoshangabad which lies by the banks of the river Narmada about 51 km away from Bhimbetka where you can stop over at the Sethani Ghat and the Hoshangabad Fort.

Shop And Eat At Bhojpur

While you are at Bhojpur, never miss the chance for your taste buds to relish the Madhya Pradesh delicacies like kebabs, bhutte ki kees, mawa-bati, khoprapak and malpuwa. Do pick up some artful memorabilia handcrafted by the talented craftsmen of Bhojpur.

The Madhya Pradesh Hastshilp Evam Hathkargha Vikas Nigam Limited is the trusted name which has been uplifting the lives of the mystic craftsmen of Madhya Pradesh.

How To Reach Bhojpur

Bhojpur is easily accessible by all popular modes of transport, the closest airport and railhead being Bhopal. Travellers can avail the tourist taxi services or even take the benefit of the local bus facilities.

Bhojpur is Famous for

How to Reach Bhojpur