Nalanda - The Land Of Knowledge 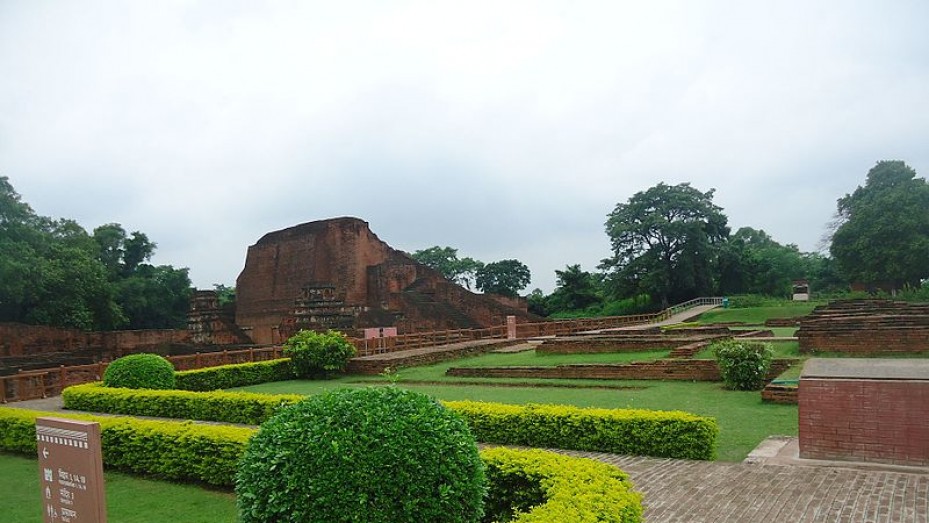 Speak of Nalanda and the mind conjures up images of monks in maroon coloured robes, of chants and hymns, of scripts and knowledge, which was cosmic in nature and the meditating buddha. Founded in the 5th century AD, the city is said to have got its name from the Sanskrit word 'Nalanda', which if broken in two, means 'giver of knowledge'.

True to its name, the university of Nalanda was undisputedly the epicentre of learning in ancient india. The rich past of Nalanda can be ascertained by the fact that scholars from Tibet, China, Turkey, Greece and Persia and students from far and wide came here to seek knowledge. It enjoys the stature of one of the first residential universities in the world.

It was home to 2000 teachers and 10,000 student from all over the world, who studied here. Nalanda shone on the world map after the Chinese traveler Hieun Tsang came here in the 7th century. He not only wrote elaborately about its unique and exceptional education system followed by thousands of monk, but he also took with him texts, which were later translated in Chinese.

Situated around 90 km from Patna, the capital city of Bihar, Nalanda was considered an architectural marvel, which has been neatly preserved by Nalanda tourism. Built with red bricks, the complex was spread over an area of 14 hectares. It had temples, classrooms, meditation halls, lakes and parks.

The library was located in a nine storied building where scriptures and ancient texts were painstakingly written and preserved. However, Nalanda lost its sanctity, after the invaders from the west caused mayhem, demolishing the institution and setting it to fire. It is said, that the library, continued to burn for 3 months.

Today the ruins and remnants of the world’s most ancient university, meticulously maintained by Nalanda tourism, stands testimony to that glorious past. Hot in summers and nippy in winters, Nalanda is destination which beckons tourists. Get a rickshaw or a tonga, as these are the only available means of transportation in Nalanda, to take you around town and go back in time.

Tourist Places In And Around Nalanda

Apart from the famous ruins of Nalanda University, Nalanda tourism has a lot to offer. The tomb of Bihar Sharif, is where an annual urs is celebrated at the Dargah of Malik Ibrahim Baya. One can also visit Nalanda Museum & Nava Nalanda Mahavihar.

Baragaon, just 2 km away has a sun temple and is famous for Chhath Puja. The festive fervour of chhath puja is a treat to photographers. It is celebrated twice a year, during March-April and October-November.

Nalanda is well-connected to other major destinations by rail, road and air.

It is like any other city in the plains. The summers are hot and winters are cold. Nalanda experiences summer, winter and monsoon.

Nalanda is Famous for

How to Reach Nalanda