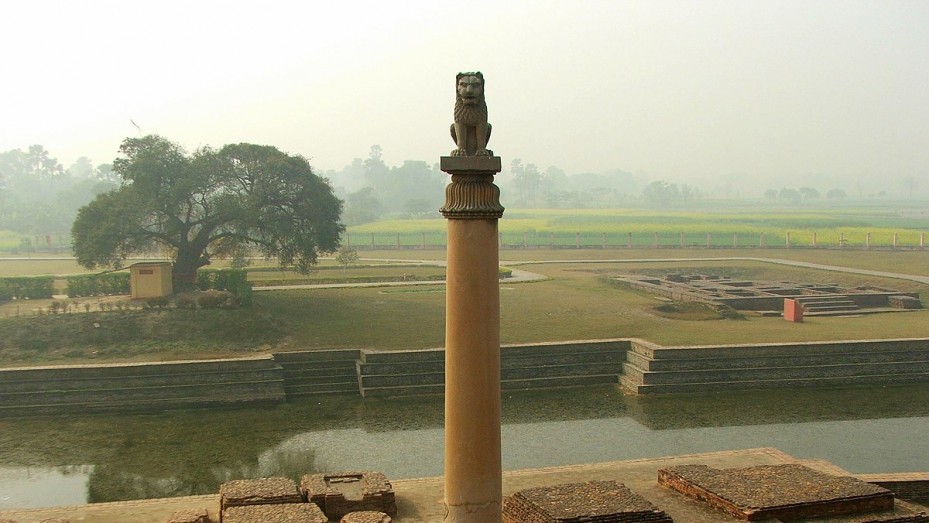 Emperor Ashok, who had adopted Buddhism and devoted his life to spread its principles far and wide, built the Ashoka Pillar which is also called the Lion Pillar. Ashoka expressed his reverence and devotion by means of erecting an exceptional piece of art.

The column is located at Kolhua and is made with a high-quality, single piece of red sandstone. It is surmounted by a bell shaped capital which 18.3 m in height. On the top of the pillar is a giant figure of a lion that has a dominating presence.

The pillar is preserved with utmost perfection and is still intact. There is a small tank called Ramkund situated within the premises.