Rameshwaram – The Earth Abode Of Gods 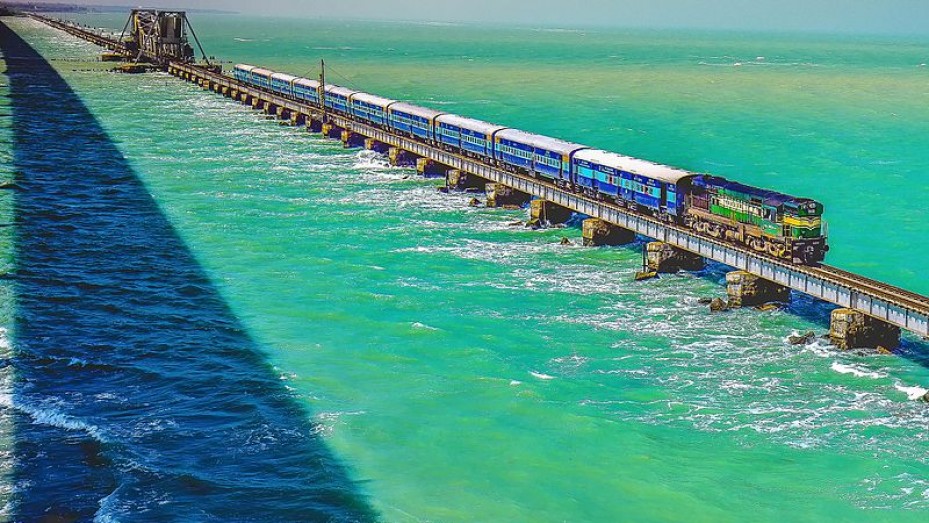 Rameshwaram, an unspoiled and a quiet town, lies in the state of Tamil Nadu and is part of the enchanting Pamban Island. The town is connected to the rest of the country via the famous Pamban channel. The Mannar Island in Sri Lanka is about 1,403 km away from Rameshwaram.

Rameshwaram is regarded as one of the holy places of the Hindus and a must visit during the Char Dham Yatra or the holy pilgrimage.

Legend has it that Rameshwaram was the place from where Lord Rama, who is considered the seventh avatar of Lord Vishnu, had built the bridge to Sri Lanka in order to rescue his captured wife Sita from Ravana, the king of Lanka. In fact, the word Rameshwara means “place where Eswara was worshiped by Rama” and presumably this is from where the place gets its name. The famous Ramanathaswamy Temple is located in the centre of the town and is dedicated to Rama. The temple is visited every year by lakhs of Hindus to offer prayers and seek blessings from the god.

It is also believed that Rameshwaram was the place that Lord Rama decided to atone for his sins. He was keen to seek penance after having killed the Brahmin king, Ravana. Rama wanted to build the largest Shivalingam and asked Hanuman to fetch the linga from the Himalayas. This took time and Sita constructed a Shivalingam there in the meantime. This lingam is regarded to be the one that is still present in the shrine of the Ramanathaswamy Temple.

Rameshwaram has played an important role in the history of India, especially, when trade with other countries was involved. The island was a stop gap point for those travelling to Sri Lanka erstwhile Ceylon. In fact, the Jaffna Kingdom claimed control of the town and the royal dynasty of Jaffna called themselves Sethukavalan or the custodians of Rameshwaram.

Even the Khilji family of Delhi is associated with the history of Rameshwaram. The general of the army of Alauddin Khilji came to the town and even the army of the Pandayas could not stop him. To mark his arrival, the general built the Alia al-Din Khalji mosque in Rameshwaram. In the 16th century, the town came under the control of the Vijayanagara kings and until 1795 when the British East India Company took over the command of Rameshwaram. The influx of so many cultures can still be seen in Rameshwaram, in the daily traditions of the local population as well as in the architecture of the buildings.

Tourist Places In And Around Rameshwaram

The main importance of Rameshwaram is due to the numerous temples that are dedicated to Shiva and Vishnu and because of the numerous theerthas that are located in and around Rameshwaram. Every year Hindus from all parts of the world visit the holy place in order to gain moksha or salvation. Paying their obeisance in the temples at Rameshwaram is a must for the Hindus at least once in their life.

There are about 64 theerthas or holy water bodies situated in Rameshwaram. Of these, 24 are considered of importance and it is a must to bathe in these water bodies as it is believed that this helps in getting rid of the sins. Washing away the sins is an important aspect of attaining salvation and no pilgrimage is considered complete without bathing in these holy waters. In fact, bathing in all the twenty four theerthas is considered penance in itself.

There are many places in Rameshwaram that have a lot of religious importance for the Hindus. Some of these include the Sri Ramanathaswamy Temple, the twenty four temple tanks or tirthas and the Kothandaramar

How To Reach Rameshwaram

Rameshwaram has a well-connected railway station as well as good network of roads. The airport closest to the city is at Madurai.

Rameshwaram has hot summers and pleasant winters. Winters are the ideal time to visit the place.

Rameshwaram is Famous for

How to Reach Rameshwaram