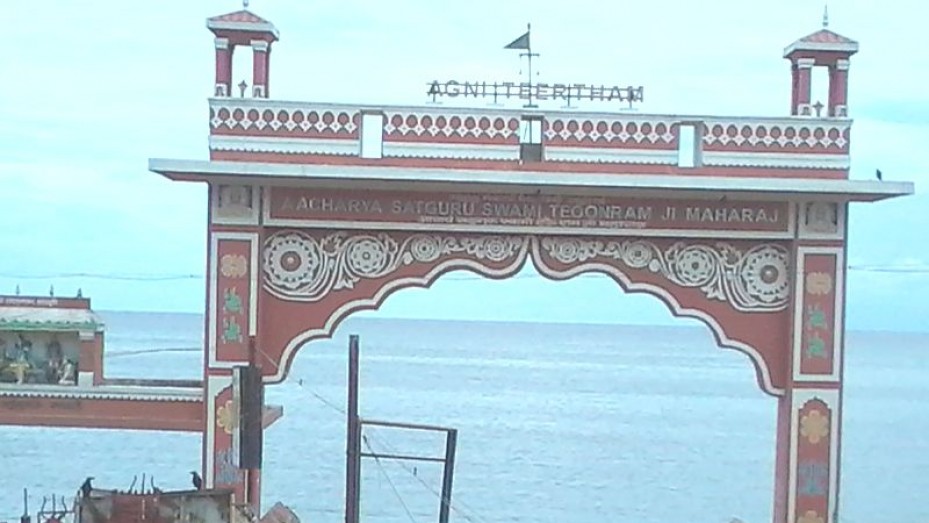 Agni theertham is the first water body situated outside the premises of the Sri Ramanathaswamy Temple. The theertham is situated in one corner of the sea, unlike the other theerthams that are tank-like and located within the temple itself.

According to a legend, Lord Rama bathed in this part of the sea after killing the Lanka king Ravana. Rama is also believed to have invoked the blessings of Lord Shiva while washing himself in the sea. He was seeking absolution for having killed a Brahmin. This is one reason that bathing in the theerthams is believed to wash a person of their earthly sins.

Pilgrimage to Rameshwaram is said to begin only after first bathing in the agni theertham and all the pilgrims follow this religiously. However, of late many people have started complaining about the cleanliness standards of the area in and around the theertham. Pilgrims want the theertham to be better taken care of because of its religious significance.