Srirangam – The Island Of Temples 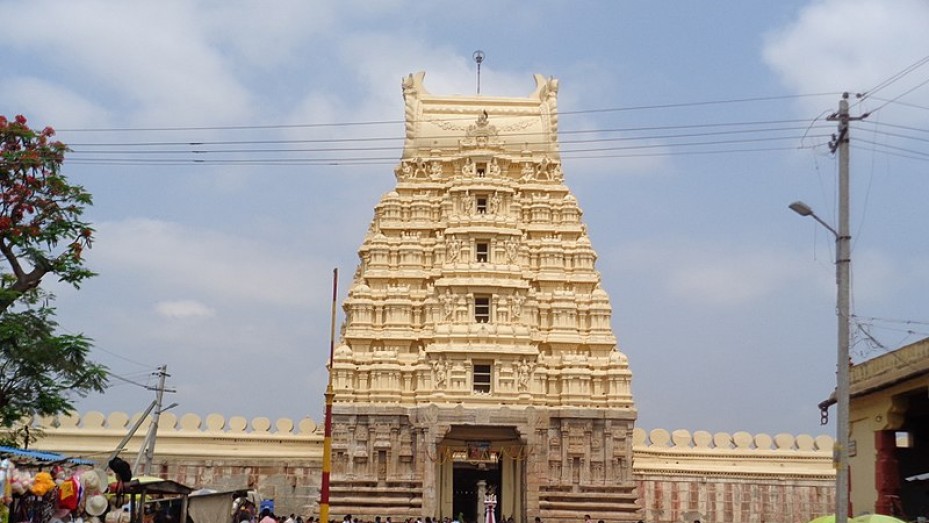 Srirangam, an enchanting and spellbinding island town in Tiruchirapalli (otherwise called Trichy), is part of the South Indian state of Tamil Nadu. Srirangam was known as Vellithirumuthagramam during ancient times. In Tamil language, the town is popularly referred to as Thiruvarangam.

The town of Srirangam is ideally located in the middle of two rivers; Kaveri (also Cauvery) and Kollidam (or Coleroon, a distributary of the river Kaveri). The town is a very popular destination amongst the Hindu pilgrims because some of the famous Shiva and Vishnu temples are situated in Srirangam. In fact, the town of Srirangam itself has a large population of Vaishnavites or people who worship Lord Vishnu.

One of the most famous temples in the place is Sri Ranganathaswamy Temple. Every year the temple sees a large influx of Hindu devotees who visit the temple to seek the blessings of Lord Vishnu. The temple is believed to be the biggest operating Hindu temple in the whole world. It has been built over an area of 631,000 square metres, with a built-in perimeter of 4 km or 10,710 feet.

An Abode Of Gods

Srirangam has the distinction of housing the first of the eight shrines of Lord Vishnu. These self-manifested temples are known as Swayam Vyakta Kshetras in Hindu mythology. This shrine of Lord Vishnu at Srirangam is not only the first amongst the lot but is also considered the main shrine of all the 108 temples dedicated to Lord Vishnu. This Vishnu shrine is huge in size and has been built over an area of 156 acres.

The setting of the temple is also unique; the temple has been constructed in an islet created by the rivers Kaveri and Coleroon. There are seven enclosures in the temple, and the devotees make it a point to walk through all the enclosures that are referred to as prakaras in local language. The enclosures consist of thick and enormous walls that run in a circular pattern around the sanctum. The enclosures have 21 towers that stand out majestically. The entire structure of the enclosures is an architectural marvel.

Truly A Temple Town – Tourist Places In And Around Srirangam

The other famous temples in and around Srirangam are the Rockfort Temple, Thiruvanaikoil Temple, Uraiyur Vekkali Amman Temple, Samayapuram Mariamman Temple, Kumara Vayalur Temple and the Kaattu Azhagiya Singar Temple, to name a few.

A very popular Vishnu temple in the area is the Sri Vadivazhagiya Nambi Perumal Temple that has Appala Ranganathar as the presiding deity and hence, the other name for this temple is Appakudathan Temple. The temple is located at Koviladi, a village very close to the town of Srirangam. Another famous Vishnu temple near Srirangam is at Trichy. This is the Azhagiya Nambi Temple and is a subsection of the Sri Ranganathaswamy Temple.

With so many temples in the town as well as in the vicinity, it is little wonder then that Srirangam is considered an important pilgrim place of the Hindus.

The other important temples in Srirangam are the Sri Ranganathaswamy Temple, the Samayapuram Maraiamman Temple, the Jambu Lingeswarar and the Akhilandeshwari Temple.

The area has hot summer months, receives moderate rainfall, and the winters tend to be pleasant rather than being cold or chilly.

How To Reach Srirangam

There is a railway station at Srirangam and one can take any bus going to Trichy to reach the place via road. The nearest airport is at Trichy.

Srirangam is Famous for

How to Reach Srirangam