Panchkula – Blend Of Nature And Industry 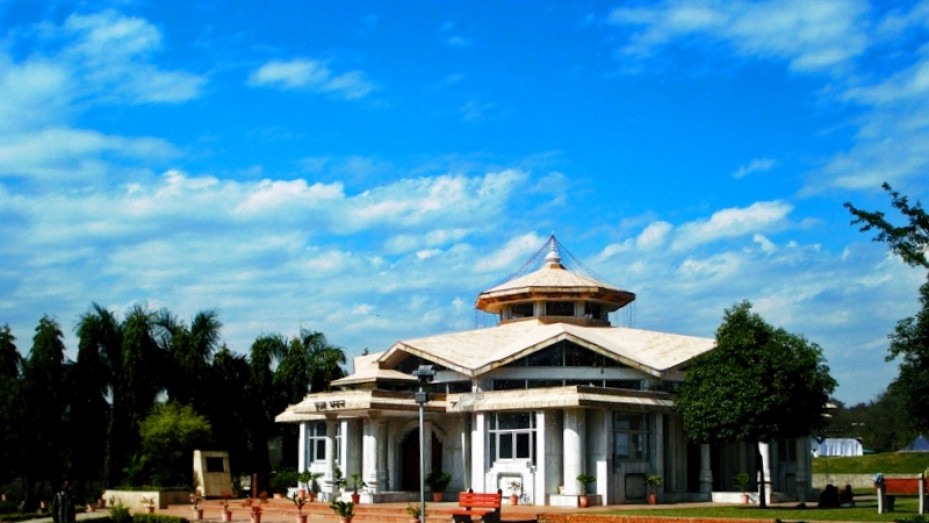 Punchkula is one of the planned cities of India and a satellite city of Chandigarh. One of the five census towns of Panchkula district, Panchkula shares its border with Mohali in Punjab. Chandimandir Cantonment, the esteemed Headquarter of Indian Army resides in Panchkula. The name Panchkula originates from five irrigation canals or kuls as they are locally known.

These canals take water from Ghaggar river which gets ditributed to the regions around like Nada Sahib and Manasa Devi. The canals are extremely useful to the local people and are maintained by the villagers. While Himachal Pradesh surrounds it in the east and north, Punjab and Chandigarh are in the west and south.

Ghaggar river which flows through Panchkula, is perennial in nature though it lacks water during seasons other than monsoon. Underground water available here is useful for irrigation and domestic purposes.

Urban Estate Panchkula lies in the west of Chandigarh. This township which is newly formed, is categorized into residential and industrial sectors, parks and other recreational venues, various government and semi government institutions. Panchkula resides by the western side of Ghaggar river which along with Shivalik Hills forms the mesmerising backdrop for this place.

Tau Devi Lal Sports Complex and a golf course has been developed for recreation. This sports complex is renowned for ICL Tournaments. Pinjore is the industrial area housing HMT factory. Bharat Electronics Limited is a significant industry in this area and has employed large number of local inhabitants.

People residing in Panchkula mostly speak in Punjabi and Hindi. Haryanvi is the state language. Metro route is being planned for better convenience of people.

Tourist Places In And Around Panchkula

Morni Hill is the only hill station in Panchkula. It is the highest point of Haryana. The hill is a part of Shivalik hills. Pinjore Gardens is renowned for amazing Mughal Gardens. It is also known as Yadavindra Gardens.

Kasauli in Himachal Pradesh is 30 min drive from Panchkula. Natural spring is presesnt at Chaki Mod. Cable car ride by the The Timber Trail gives the panoramic view of Panchkula and Chandigarh. It carries the tourists to the top of a hill where a resort is situated. It houses various recreational activities.

Gurudwara Nada Sahib is located by the bank of Ghagar river. It is named after Nada Shah, who served Guru Govind Singh after he returned from the Battle of Bhangani. Mansa Devi Temple is a Hindu pilgrimage site, located 8 km from Chandigarh. Built in 1815 A.D., the goddess is trusted for blessing with boons.

Cactus Garden is the largest one in Asia. Variety of endangered species are found here. Ramgarh Fort was ruled by Chandel rulers which was constructed 360 years back. Foothills of Shiwalik hills are dotted with temples. Chandi Mandir is 10 km from Mansa Devi Temple. The name Chandigarh comes from this temple. It lies on NH 22.

Ruins of Bhima Devi Temple are found in Pinjore. The location is bewitching as Shiwalik Hills form the backdrop. Archaeology of this temple reflects the work of 11th century and resembles Panchayatan style.

Panchkula experiences sub tropical continental monsoon climate. Summers are hot, winters are cool and there is good rainfall in monsoons. October and November is the ideal time to explore Panchkula.

How To Reach Panchkula

Panchkula has a well developed network of roadways. For railways and roadways Chandigarh is the nearest option.

Panchkula is Famous for

How to Reach Panchkula