Nativeplanet
»
Travel guide
»List of The Shortest Rivers In The World 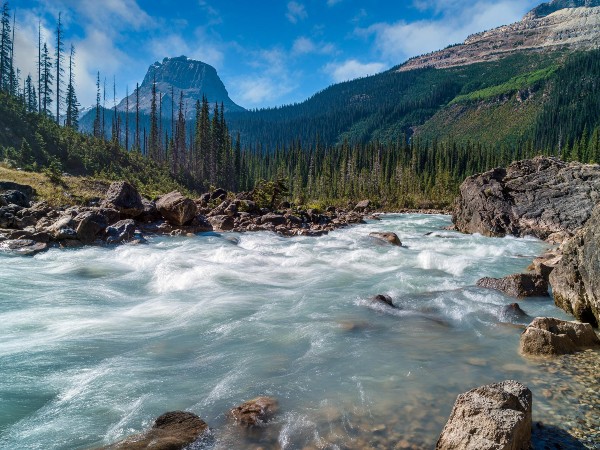 The typical perception of a river is that it is a long, meandering waterway that flows through plains and valleys before reaching an ocean or lake which fertilizes the soil over its whole course, promoting the growth of plants and crops. However, some rivers are so short that you could walk their entire length in a few minutes.

Now you must be wondering Why are they called rivers if they are so short? It's because they constantly flow with water that comes from highland sources and empties into oceans, lakes, or wetlands as per the definition of a river.

Here is the list of the Shortest Rivers In The World:

One of Slovenia's 59 rivers is called Jezernica. Additionally, it flows into the Adriatic Sea as a branch of the bigger Idrijca. Located in the Wild Lake, a lake and karst spring with an underground water source, Jezernica is barely 55 meters long. Here, water flows of up to 60 cubic meters per second have been observed.

The Ombla is a small river in Croatia that empties into the Rijeka Dubrovaka embayment of the Adriatic Sea. Its length is about 30 meters (98 feet) long. Rijeka Dubrovaka is a ria, a flooded river valley created throughout geologic time by variations in sea surface height.

Only 22 meters long, the Norwegian Kovasselva river flows from Lake Kovassvatnet to the sea. It is located on Hitra, Norway's seventh-largest island. The closest cities are Kristiansund and Orkanger, both located in the municipality of Trondheim.

In Southeast Sulawesi, Indonesia, the Tamborasi River is 20 meters long, and 15 meters wide, and runs into the Flores Sea in Bone Bay. It is located 85 kilometers from Kolaka and receives its water from the numerous streams that flow across the hilly province of Sulawesi. Tourists frequently visit this location because of the turquoise-green water.

In the Georgian region of Gagra, there is a river called the Reprua. It is one of the shortest named rivers in the world, at about 18 meters (59 feet). The Reprua River originates from springs in Krubera Cave, the second-deepest cave known to man. The Reprua empties into the Black Sea on the fringes of Gagra's southwest.