Temples In Mathura And Vrindavan You Cannot Afford To Miss Visiting 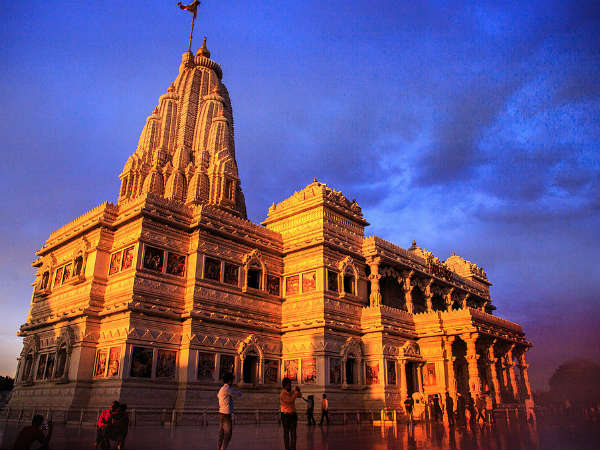 Hence, they are visited by millions of Hindu devotees and thousands of curious tourists every year, especially during the time of Shri Krishna Janmashtami. From ancient temples to historical buildings and beautiful gardens to serene ghats, there is a lot to explore in these twin towns.

However, if you are looking for a place where you can get immersed in the valleys of divinity and feel the beauty of composure, then you must not miss visiting the following beautiful temples in Mathura and Vrindavan, which can certainly let you savour the godly atmosphere.

Built in the early 16th century and located in Vrindavan, Radha Raman Temple is believed to have been constructed by Gopala Bhatta Goswami, who was one of the ardent follower of Lord Vishnu. It is one of the few temples in India where Lord Krishna is worshipped in the form of a lover of Goddess Radha and hence, it is one of the most significant temples in Mathura and Vrindavan.

It is also said that once you have stepped on to the lands of Lord Krishna and are within the boundaries of Vrindavan, the you must catch a glimpse of Radha Raman Temple if you desire a blissful and prosperous life. Built in a Rajasthani style of architecture, the main compound of the temple also houses the samadhi of Gopala Bhatta Goswami and the statue of Chaitanya Mahaprabhu in his naked form.

Apart from its religious significance, Radha Raman Temple is also popular amongst several history lovers and architecture enthusiasts on account of its commendable structural formation and interesting history.

Unarguably, one of the most visited temples in the state of Uttar Pradesh, Prem Mandir is a newly built temple in Vrindavan with its sanctum dedicated to Lord Rama and Goddess Sita, and Lord Krishna and Goddess Radha. Hence, it is one of the major pilgrimage centres amongst Vaishnavites. Popular for its marvellous architecture and natural surroundings in the form of beautiful parks and gardens, Prem Mandir is certainly a must-visit temple in Mathura and Vrindavan.

Such is the grandeur of Prem Mandir that the entire complex of the temple looks like heaven. If you are looking for an ultimate place where you can surrender yourself to collectedness and peace, then you must not miss visiting the sanctum of Prem Mandir. The presence of lush green surroundings makes it look more heavenly and photogenic.

One of the historic temples in Mathura, Dwarkadheesh Temple was built during the early 19th century and is dedicated to Lord Krishna who is worshipped here as the king of Dwarka. The sanctum of the temple houses a black idol of Lord Krishna and a white idol of Goddess Radha. The entire complex of the temple is built in Rajasthani style of architecture which comprises of beautifully designed pillars, walls and ceilings.

The major festivals celebrated here include Shri Krishna Janmashtami and Hindola Festival. The major reason you should catch a glimpse of Dwarkadheesh Temple lies in its peaceful surroundings and delightful aura. Everything seems at peace within its compound.

The oldest of them all and located in Mathura, Kesava Rao Temple is believed to be thousands of years old and is said to be birthplace of Lord Krishna. Hence, it is a must-visit temple in Mathura and Vrindavan. It is also believed that a trip to these holy towns is always deemed incomplete without visiting Kesava Deo Temple and paying respects to Lord Krishna.

As the temple has been attacked several times by the Muslim rulers in the past, you cannot find its original building today. The major festivals celebrated here include Lathmar Holi and Krishna Janmashtami.

Another gorgeous beauty in the sacred town of Vrindavan, Banke Bihari Temple was constructed during the late 18th century in the Rajasthan style of architecture and since then, it has been a prominent site of worship amongst Hindus. It is one of the seven significant temples in the town and hence, it is a must-visit pilgrimage destination for every follower of Lord Krishna. As it is frequented by millions of devotees, it is also one of the richest temples in Uttar Pradesh.