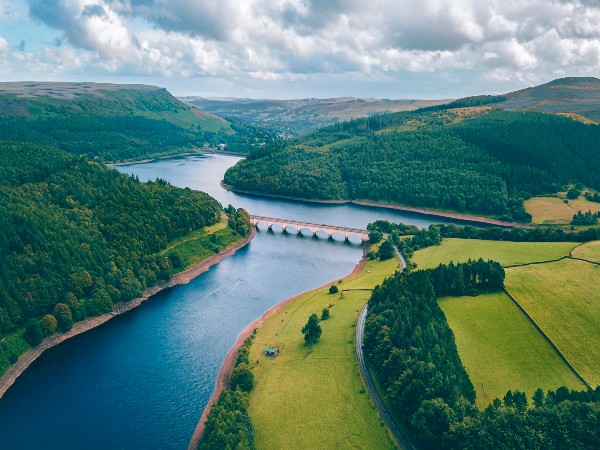 India is renowned for its abundance of rivers. Himalayan Rivers & Peninsular Rivers are the two groups into which Indian rivers fall. Most of India's rivers, around 90% of them, flow eastward and empty into the Bay of Bengal. The remaining 10 percent of rivers run toward western India and empty into the Arabian Sea.

India has a vast coastline, and its rivers flow into the ocean at many of its major cities. These rivers are among the longest in India and are some of the most important for transportation, irrigation, and power generation.

Here is the Updated List Of The Longest Rivers In India:

It flows westward as opposed to other rivers in the nation, which tend to flow east. It is a peninsular river that rises from the Narmada Kund in the Madhya Pradesh Amarkantak mountain range and runs through Gujarat, Maharashtra, & Madhya Pradesh before ending 1312 kilometres later at the Arabian Sea.

Its basin is surrounded on the north by the Vindhya Mountains, on the east by the Maikala Range, on the south by the Satpura Mountains, and on the west by the Arabian Sea.

The Narmada basin spans a total size of 97,410 square kilometers. The natural border between North & South India. It has 41 tributaries, with 19 on the right bank and 22 on the left. In the south, some of its well-known tributaries include Tawa, Sher, Shakkar, Dudhi, & Ganjal; in the north, they include Hiran, Barna, Choral, Karam, & Lohar. The river Narmada's largest tributary is called Tawa.

Jamuna is another name for the Yamuna. Another Himalayan River originates from the Yamunotri glacier on the Banderpoonch summit in Uttarkashi, Uttarakhand, and completes its trip by joining the Ganga near Triveni Sangam. The Yamuna is the river Ganga's biggest tributary, and unlike other rivers, it does not empty into the sea.

One of India's holiest rivers is the Yamuna. Hindon, Sharda, Giri, Sindh, Rishiganga, Betwa, Chambal, Ken, and Tons are a few of Yamuna's tributaries. The Yamuna's biggest tributary is called Ton. The river travels a total of 1376 kilometers, passing through Uttarakhand, Delhi, Himachal Pradesh, Haryana, & Uttar Pradesh, among other important Indian states.

Yamuna completes its voyage in Allahabad in Uttar Pradesh, where it merges with the Ganges at Triveni Sangam, a point where the Ganga, Yamuna, and Saraswati rivers meet. At this location, the Kumbh Mela, which occurs every 12 years, is also organized.

River Krishna, which has a length of 1400 km, rises in the Western Ghats at an altitude of roughly 1337 meters above sea level, 64 kilometres from the Arabian Sea. One of the rivers in the peninsulas in central-southern India is the Krishna River.

Its origin is in Maharashtra, close to the village of Jor, and it has a length of 1400 kilometers. At the Andhra Pradesh village of Hamsaladeevi, it combines with the Bay of Bengal. It satisfies Karnataka's, Maharashtra's, and Andhra Pradesh's need for irrigation.

The Krishna River Basin covers 258948 square kilometers. Malaprabha, Ghataprabha, Bhima, Tungabhadra, & Musi are their principal tributaries. The Tungabhadra River, which runs through Andhra Pradesh and Karnataka, is the most significant tributary. 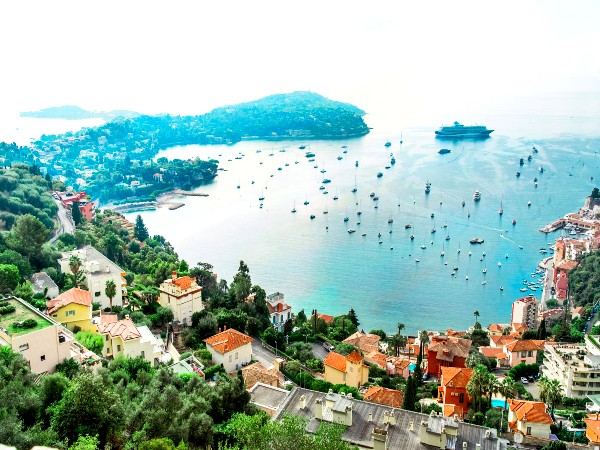 Best Small Towns And Villages To Visit In India

Again, the Godavari, also known as the Dakshin Ganga or South Ganges, is the country's second-longest river in terms of its overall length within India. It starts in Triambakeshwar, Nasik, Maharashtra, travels through Telangana, Andhra Pradesh, and Chhattisgarh, and then joins the Bay of Bengal.

The Purna, Pranhita, Indravati, and Sabari Rivers are among the left-bank tributaries that make up the river's primary tributaries. Hindus revere this stream, and it has a few locations on its banks where pilgrims have stopped for a very long time. 1,450 kilometers is the length of the entire span. Nashik, Nanded, & Rajahmundry are a few of the top cities along the Godavari River.

The Ganges, commonly referred to as Ganga in India, is the country's longest and greatest river. It is also the river that Hindus in India hold in the highest respect. It is a Himalayan river because it flows as Bhagirathi from Gangotri Glacier in the Western Himalayas of Uttarakhand.

It is known as Ganga after the confluence at Dev Prayag when Alaknanda joins it. Following that, it begins a 2525 km trip that would take it through the Gangetic plains, the states of Uttar Pradesh, Uttarakhand, & West Bengal before concluding by fusing with or plunging into the Bay of Bengal.Yamuna, Ghaghara, Son, Gomti, Gandak, and Koshi are some of the main tributaries of the Ganga.

Both the Indus River and Brahmaputra River originate from out of India, wherein the Indus River rises from a glacier in the Tibetan Plateau's northwest Himalayan foothills, close to Lake Manasarovar, and runs through western Tibet, Pakistan, Jammu & Kashmir, and falls in the Arabian Sea.

While on the other hand, Angasi Glacier in the Mansarovar mountains, close to Mansarovar Lake in Tibet, China, is the source of the Brahmaputra River.