World Rivers Day 2021: Famous Rivers In India And Their Stories 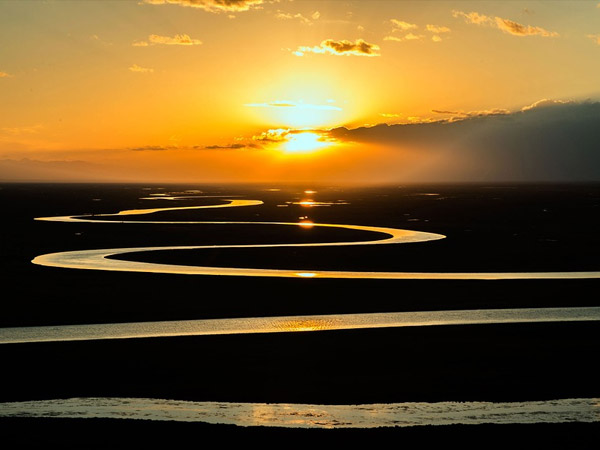 Every river has a story to tell and rivers in India cover millions of years. Rivers take birth in the form of glaciers on top of peaks and mountain. These glaciers or rivers of ice, trickle down the mountainside, experimenting and trying new paths with least resistance to reach its end destination. Rivers map its course in the form of arteries to become lifelines of our planet. And just like animals migrating during a season or millions of people going on a pilgrimage; rivers have a journey and a story to tell.

Well! In India, a river winds its way through the high altitude landscape, cutting the easiest pathway through a remote part of the land until it reaches the Arabian Sea or the Bay of Bengal. Every river has its own story. However, a few have credibility, and some are just common myths. On this World Rivers day 2021, educate yourself about famous rivers in India and how they play an important part in our daily life.

Here are seven famous rivers in India and their exciting stories:

Ganga or Ganges, rises in the Western Himalayas in the state of Uttarakhand and depletes in the Bay of Bengal. It is regarded as the most sacred river in India. The legend has it that, Ganga is an avatar of Goddess 'Mokshadayini', who transcended onto earth to absolve people of their sins and liberate them. Apart from its reputation of pious values, Ganga acts as a river basin, supporting millions of people in India. Ganga is also one of the most visited tourists' place for its traditional value and religious importance.

Famed as 'River Ganga of South India' Godavari originates on Brahmagiri hills of the Western Ghats and ends in the Bay of Bengal. Godavari covers a mammoth 1465 Km, streamlining through the states of South India. According to mythology, Godavari is a sister river of Ganga. They say she refused to flow into the Arabian sea for pious reasons and instead chose to move eastwards, to meet her end in the Bay of Bengal. Believe it or not, every river is worshipped in India and given a living entity.

Krishna or Kistna, is one of the longest rivers in India. Krishna river takes birth in the western ghats, charting 1290 Km across south-central India and seeps in the Bay and Bengal. In the ancient times, it was believed that Krishna Bai Temple, an archaic Shiva shrine, to be the birthplace of River Krishna. River Krishna is considered to be a boon to humans, as the influx of water on land, forms a large and high fertile delta in the west peninsula, supporting irrigation and farming.

River Narmada has many stories, and according to a fable, it is rumoured that Lord Shiva sat on the Amarkantak hill in Madhya Pradesh and profusely perspired to create Narmada river. Even to this day, locals believe that the pebble stones along the river banks, turn into Shivalinga every year. It one of the largest rivers in the west peninsula, mapping out 1312 Km from Mahabaleshwar to the Arabian sea. Millions depend on Narmada river for irrigation and farming.

Chemayungdung glacier is the birthplace of Brahmaputra. It is one of the major rivers in Asia, covering 2,900 Km from the side of the Himalayas to Bangladesh. It is alleged that the river is an offspring of Lord Brahma, and hence the name. It is more of a love-hate story between Lord Brahma and Amodha, a beautiful wife of a sage named Shantanu. Enchanted to Amodhas' aura and beauty, Lord Brahma believed to have proposed her. And Brahmaputra is Brahma's son, conceived by Amodha.

Kaveri originates in the Western ghats in Karnataka. And flows 805 Km from the west peninsula to South India. According to mythology, Kaveri was a daughter of the King Kavera. Kaveri was turned into a utensil 'Kamandala', to store holy water. By god's mischief, the utensil was flipped, and Kaveri seeped out in the form of a river.

River Beas rises in the Himalayas near Himachal Pradesh. It acted as an eastern border of Alexander the great's territory in 326 BC, thus etching its name in the books of Indian and European history. It covers 470 Km in length, channeling across Himachal and Punjab. Beas River further connects to Sutlej River and forms a major fertile delta supporting irrigation and facilities.