Tirparappu Waterfall In Tamil Nadu – With A Beautiful Swimming Pool 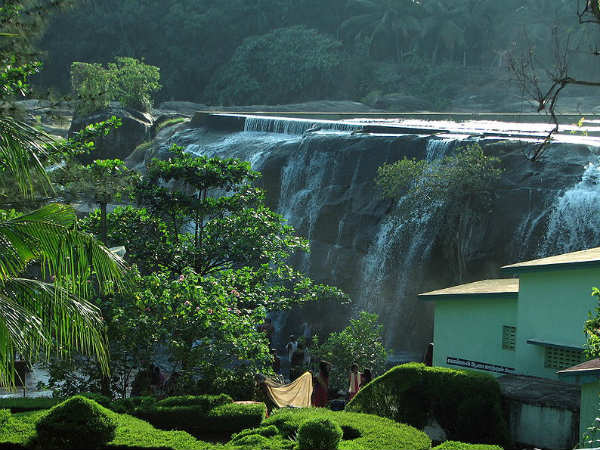 Known for its rich history and ancient culture, Kanyakumari is located in the state of Tamil Nadu and is popular amongst tourists for historic destinations as well as scenic beauty. From temples to ancient monuments and beaches to waterfalls, you can find innumerable places of interest within its boundaries.

Some are immensely popular amongst tourists, numerous amongst offbeat travellers and a few amongst locals only. One such hidden beauty of Kanyakumari, which is famous only amongst locals, is Tirparappu Waterfall. Due to its uncrowded atmosphere, it is a perfect weekend getaway to relax in. Read on to know more about Tirparappu Waterfall and its nearby spots of interest.

The best time to visit Tirparappu Waterfall is from August until the end of February, as during this period, the weather is cool and favourable on account of its optimum temperature conditions and the water level is at its maximum. It is advisable to avoid visiting Tirparappu Waterfall during the summer season as the water flowing down the rocks is in minimum quantity.

The Location And Surroundings Of Tirparappu Waterfall

Located in the small hamlet of Thiruparappu, Tirparappu Waterfall is immensely popular amongst locals for its beautiful surroundings, which are characterised by pleasant weather and lush vegetation. It is situated on Kodayar river and falls from a height of 50 feet, thereby, making it one of the highest waterfalls in the region. It is a type of block waterfall which is formed after Kodayar river descends on the rocky slopes of Thiruparappu.

The major reason behind the increasing popularity of the waterfall lies in its large swimming pool, which is located at the base of the waterfall and has become immensely popular amongst children over a period of time. Wouldn't you love to bathe in the soothing waters and enjoy its luxuriant surroundings?

Why You Should Visit Tirparappu Waterfall

If you are looking forward to lazing by secluded streams and waterfalls as you enjoy a pristine atmosphere, then Tirparappu Waterfall should be added to your bucket list. You can also go boating and swimming in its waters. Apart from this gorgeous waterfall, you can visit its nearby tourist spots, which include a small Shiva Temple located in its vicinity and certain other ravishing waterfalls, such as Kalikesam Falls and Vattaparai Falls.

If these places are not enough to satisfy your wanderlust and soothe your mind and soul, then you can also explore beyond the boundaries of Thiruparappu and visit other tourist spots in Kanyakumari, which include Kanyakumari Beach, Padmanabhapuram Palace and Vivekananda Rock Memorial.

How To Reach Tirparappu Waterfall

By Rail: The nearest railway station from the waterfall is in Nagercoil at a distance of around 35 km. Once you have reached the station, it is preferable to take a taxi or an auto-rickshaw to reach Tirparappu Waterfall.

By Road: The village of Thiruparappu has a good network of roads and hence, Tirparappu Waterfall is easily accessible by road.