Reasons That Make Bageshwar An Incredible Destination For Travellers 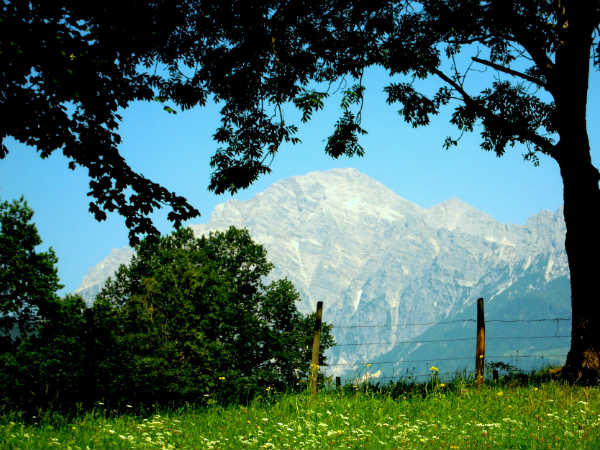 Located in the state of Uttarakhand at a distance of about 130 km from Nainital and 300 km from Haridwar, Bageshwar is a beautiful hill station and is home to hundreds of tourist spots. Even though it is not a popular destination, it is still frequented by thousands of tourists every year. From streams to meadows, mountains to valleys and temples to other historic sites, there is a lot to savour within its boundaries. Therefore, this beautiful hill station is not only known for its scenic beauty but also for its religious and historical significance.

How about planning a tour of this less-explored town which is all set to make your weekends unforgettable? If you would love to take a stroll amid its heavenly nature, then read on to know more about it. Following are the major reasons that make Bageshwar an incredible destination for travellers.

A hill station is always deemed incomplete until it is blessed with the heavenly presence of mountains and hills. Bageshwar is surrounded by the gorgeous mountain ranges of Bhileshwar and Nileshwar, which certainly help in enhancing its overall beauty.

Wouldn't you love to spend your vacation at such an amazing place where you can capture the sight of breathtaking mountains? The presence of hills and mountains also help in maintaining a fresh, serene and favourable environment throughout the year. Therefore, Bageshwar is a year-round destination.

Location At A Conflux

Bageshwar is located at the confluence of Gomti and Sarju rivers, and hence it harbours a photogenic aura. Apart from capturing the captivating beauty of hills and getting charmed by a fresh atmosphere, you can also laze by the beautiful banks of these rivers and soothe your mind, body and soul.

It is rightly said that a day spent along the banks of rivers is a day well spent. How about getting lost in the tranquillity of riversides and rejuvenating yourself? The melodious flow of the river water is all set to amaze you.

Home To Bagnath Temple And Other Religious Sites

Do you know Bageshwar has derived its name from Bagnath Temple? Built in the mid 15th century by Laxmi Chand, a Rajput king of the Medieval Period, Bagnath Temple is believed to be the place where Lord Shiva appeared in the form of a tiger, which is "bagh" in Hindi, in front of the sage Markandeya.

Since then, the temple has been a prominent religious site. Today, it has become a popular pilgrimage centre amongst Hindu devotees, especially Shaivites. You can see thousands of devotees and tourists thronging the temple during the festival of Shivratri. The temple is also known for its brilliant architecture. Other temples here include Chandika Temple and Sriharu Temple.

Can one really enjoy the beauty of a hill station unless they find themselves amidst lush green vegetation? Certainly not. So, how can Bageshwar, being a hill station, disappoint its visitors? Surrounded by rich forests, Bageshwar is home to several beautiful species of plants.

The major trees which can be found here include longleaf Indian pine, Himalayan cypress, alder and sal. The presence of these lovely trees in and around the main settlement makes Bageshwar look more photogenic. Hence, a camera becomes a must-bring accessory here. After all, this mesmerising hill station lies in the lap of Uttarakhand, which is one of greenest areas in North India.

If you think the beauty of Bageshwar is confined to its natural expanse and its pilgrimage sites, then you need to visit its historical sites which have in store a lot to be explored. Did you know that Bageshwar dates back to thousands of years and is believed to have been in existence since the period of the epic Mahabharata?

Therefore, you can find several ancient sites in and around its settlement. Apart from Bagnath Temple, the major places where you can learn about the history of Bageshwar include Gauri Udiyar and Baijnath.

Base Camp For Trekkers And Campers

How can trekking or camping be a forgotten task while travelling to a hill station? After all, everyone loves to explore the hidden corners of hills and mountains and laze by luxuriant plains and squashy grasslands? Pindari and Sunderdhunga glaciers are perfect places around Bageshwar to go trekking. The presence of prolific plains provides tourists with the opportunities of camping here.

So, these were the major reasons on account of which Bageshwar makes for an ideal destination. So, what do you think of planning a tour of this beautiful hill station now? As it is a less-explored place in Uttarakhand, you can also savour an uncrowded and stainless atmosphere here.